Samsung’s Apple-bashing ways are well documented throughout the tech community, with the Cupertino company all too happy to put forth its own slanderous marketing campaigns in order to belittle its fiercest competitor. But in its latest spate of Galaxy S5 ads, Sammy has shown that it can explain where and how its flagship is better than that of its rival’s without getting into the school playground-esque fare that many have grown tired of.

The tit-for-tat between Samsung and Apple runs a little deeper than your typical rivalry. Although the former is still a major manufacturer of components relating to iOS devices, the constant in-court patent disputes exemplify the fact that there’s no love lost between the two major players in the mobile industry, and given how the Galaxy S5 only released a couple of weeks ago, it’s not surprising that a sizeable chunk of the marketing budget has been blown on some not-so-subtle digs at the Mac maker. 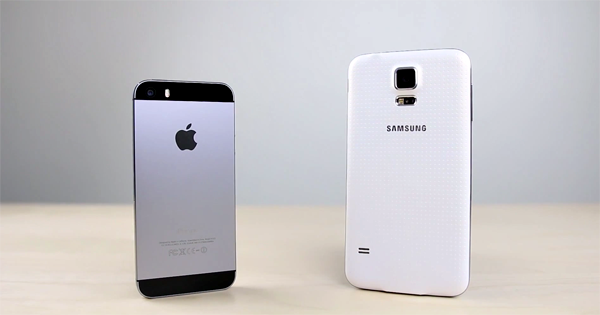 But perhaps now – amid impressive early sales – Samsung has realized that there’s no need, and that instead, it can use its airtime to inform and laud its own product. Certainly, the iPhone 5s is mentioned during one or two of the four new shorts that the company has released in order to showcase the device’s myriad of features, but all in all, manages to keep things clean.

I don’t know about you, but whenever these companies take cheap shots at one another, it always seems a tad distasteful, lacking in grace. The fact that, for example, Samsung talks about how the Galaxy S5’s display offers more real estate and pixels than the iPhone 5s, is a legitimate claim, and in sticking only to facts, these ads seem both more respectable and respectful than some of the diatribe we’ve seen over the past couple of weeks.

The first clip, entitled Focus Features, talks about the fake bokeh effect of the vastly-improved camera software. The second then offers a mini-tour of the full-HD Super AMOLED display, which, in the eyes of most, is the best panel ever seen on a smartphone.

A further two clips look at both S Health and Ultra Power Saving Mode, and you can check all of the new ads as embedded below for your viewing pleasure.