The productivity apps market is fiercely contested as far as mobile devices are concerned, and while it has taken a while for Microsoft to port its iconic Office suite over to Apple’s iOS, there exists a sizeable batch of useful alternatives. Along with Apple’s own iWork and the aforementioned Office from Microsoft, Google has now sought to get in on the act by releasing an official Google Docs app for the Cupertino’s mobile platform and its very own Android OS, alongside a further ‘Google Sheets’ app for all of your spreadsheet needs. Details and download links can be found below.

Had Microsoft have gotten its Office suite out there on mobile a couple of years back instead of merely pointing out that tablets and smartphones lacked potency without it, you feel that it would probably be enjoying the kind of locked-down, domineering presence its still maintains at desktop level. But in recent times, we’ve seen several companies present us with more than worthy alternative options, and with Google’s famously free Docs service already used daily by iOS device owners on other platforms, it won’t feel like a newbie having just reached the App Store. 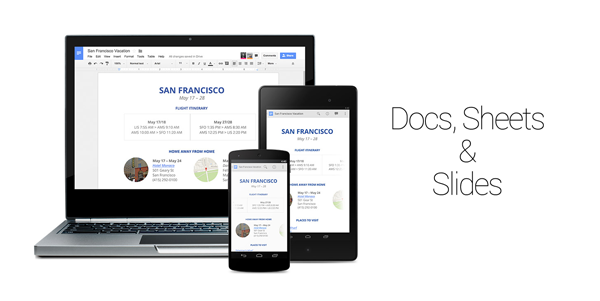 Google Docs apps from third parties have been aplenty on the App Store, but it’s nice to finally have a decent app released officially by the Big G, apart from the official Google Drive app. By the look of things, it’s a pretty no-frills experiment, keeping things both simple and functional. And it’s clear that Google wants to keep things simple by breaking down the Drive app into three parts. Great stuff indeed. 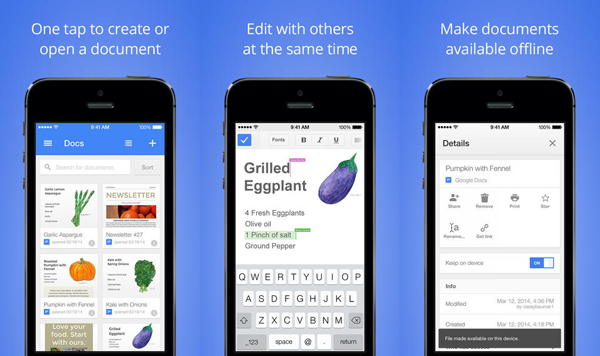 As you’d expect, you can use Google Docs to easily create, edit, share and collaborate documents on-the-fly, and with support for offline working, your progress and edits are saved even when an Internet connection isn’t present.

Meanwhile, the search company has also pushed Google Sheets, which offers a similar tool set as Docs but for spreadsheets instead. Again, think easy collaboration, seamless editing and offline support, and you’ve pretty much nailed down the core features of the Sheets app. 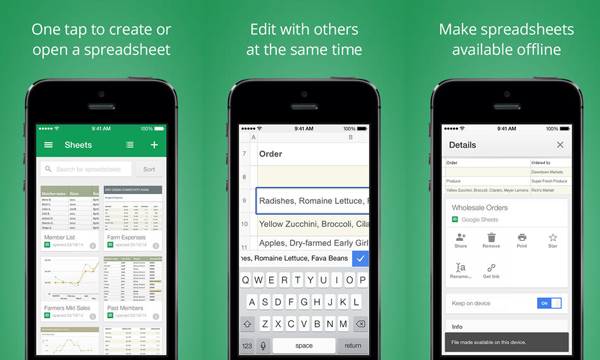 The Big G has also announced Google Slides for both iOS and Android, which as the name implies, allow you to create presentations on the go, just like PowerPoint or Keynote. But at the time of writing, Google has promised that Slides will be ‘releasing soon’ for both platforms. 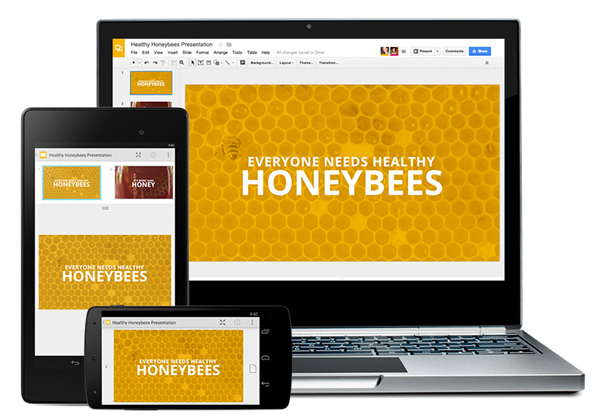 Both Google Docs and Google Sheets are completely free of charge, and can be downloaded right now via the direct iTunes and Play Store links provided below.

Docs, Sheets and Slides are also available on the Web for free and is fully integrated with Google Drive so that your documents are available everywhere. And if you’re an iPad user and want full-blown Office experience on Apple’s tablet, then be sure to give Office for iPad a shot.