Not before time, Microsoft has taken the wraps off Office for iPad, comprising of three apps: Word, Excel and PowerPoint. The Redmond’s famed productivity suite has taken its time to trickle out for Apple’s iOS device range, with the company having played hard-ball in order to sway users into purchasing Windows 8 / RT tablets. Details, as always, can be found right after the leap.

Microsoft and Apple are two great adversaries in the field of technology, and it is for this reason that it has taken such a long time for Office to finally release for iPad. As you would expect, you get the likes of Word, Excel, and PowerPoint, and the new release will join the pre-existing OneNote for iPad as Microsoft expands is range of apps tailored to the Cupertino’s tablet.

It’s fair to say that a good portion of iPad users have been crying out for an Office app since the original slate launched back in 2010, but in the past four years, many have now become accustomed to the iWork suite of Keynote, Numbers and Pages. Having grown so tired of waiting for Microsoft to get its act together, many former Office users have since accustomed themselves to Apple iWork and other alternatives, and since the new Office will operate under a subscription model, one has to wonder how many will now ditch their current setups in order to switch back to Microsoft.

The new Office for iPad apps – Word, Excel and PowerPoint – carry the design language of iOS in general, but carries the UI we’re already accustomed to on our Windows tablet, or desktop. And to make the experience pure as possible, the apps have been made from the ground up for iPad users, and they’re not mere ports of the Windows version of the apps. 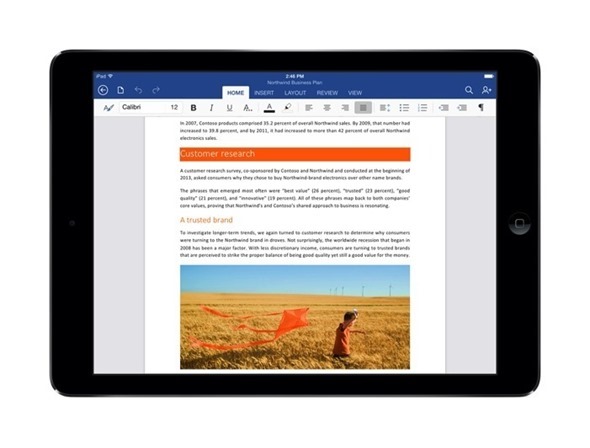 Those with iWork (or any other such apps, for that matter) on their iPad will likely have paid a one-off fee for the privilege, and asking them to switch to Office’s subscription, which costs $100 or £79.99 per year for Home Premium, is quite a tall order. For a month of Office 365, you have to churn out $9.99 for the Home Premium plan, and $6.99 for the Home Personal plan. 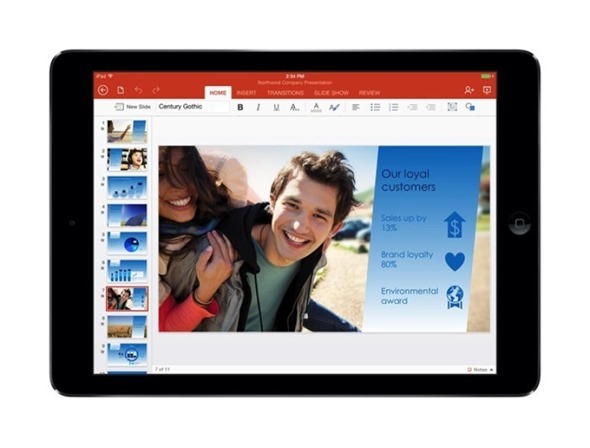 The likes of Apple and Google have established their services on iPad, and even though Office is still the foremost suite for desktop users, we cannot help but feel that Office for iPad has come too late on in the day, and as such, adoption rates are likely to be quite low by Microsoft’s standards.

Sure, the students and business types – those who’ve never deviated from Office – will be ecstatic about this release, but whilst this demographic is sizeable, those casual, sit-at-home users may be less likely to bite. 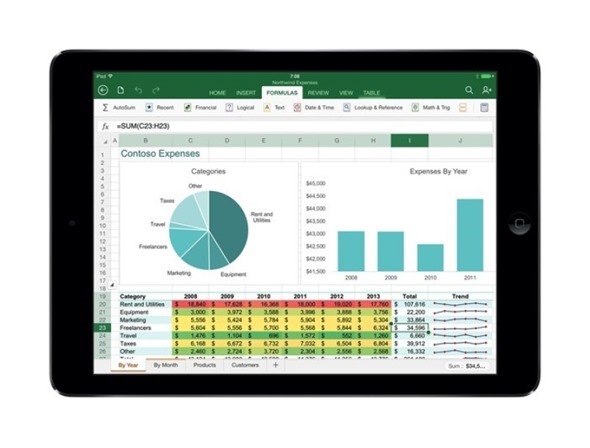 Word, Excel and PowerPoint will be available to download as separate apps – free for viewing and presenting – for the iPad, and will be available to download at 11am PST. Editing the documents will of course require Office 365 subscription, as already mentioned above. We will, of course, update this post with direct links to the apps once they go live, so stay tuned for more updates!

Office Mobile for iPhone is already available to download for those who do not own Apple’s famed tablet.