Thanks largely to the release of Titanfall and the affiliated Dashboard update for the Xbox One, news pertaining to the PlayStation 4 has been rather slow of late. However, the fledgling Sony console’s heavily-anticipated software update – PS4 1.70 – is now upon us, finally putting an end to the issues with pre-loading games as well as introducing the SHAREfactory video editing utility.

Last year’s tech coverage was dominated by news of the PlayStation 4 and Xbox One, with one of the more attractive features of both being the promise that one could begin playing games even while the bulk of the content was still being downloaded. Given the enlarged size of titles for these vastly-upgraded consoles, the step was necessary to ensure that gamers wouldn’t be waiting for hours to enjoy the latest shoot-’em-up, but unfortunately, the feature has been plagued by teething issues. 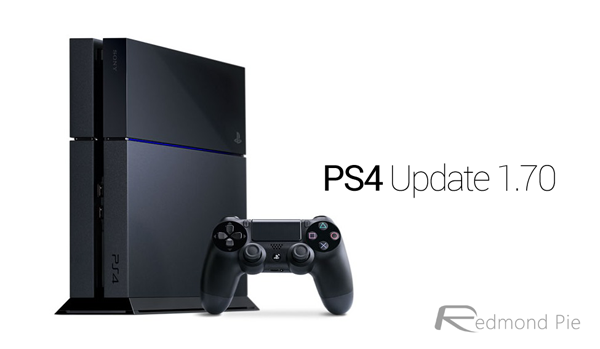 With PS4 v.1.70, however, this bug will hopefully have been dispelled, allowing those in ownership of the Sony entertainment machine to focus on some of the other neat additions that the Japanese company has brought to the fore.

Aside from the fix, the PS4 1.70 update also adds SHAREfactory, a video editing app that allows gamers to record their clips and share them with the world. So if you’re looking to become the next Chris Smoove on NBA 2K15 and showcase your gaming skills to the masses on YouTube, then SHAREfactory will enable you to do this natively, and hopefully, with ease.

As well as allowing you to readily share in-game footage on your favorite social hunts like YouTube, Facebook and such, you can also transfer this content to an external USB device — ideal if you wish to quickly re-watch a kill-streak with friends on a different device or simply store in the archives to show the grandkids.

At the discretion of publishers, gamers pre-ordering will also be able to get hold of titles in advance of the general release date. It’s completely the prerogative of the publisher as to when precisely pre-orderers will be able to go ahead and download, but it’s a two-way street in that incentivised, hardcore fans will avoid the rush while a title’s creator may be able to yield more pre-orders as a result.

There are a few other minor tweaks besides, and if you’re a PS4 user, it’s recommended that you go ahead and grab the download right now.