The team behind Project Glass has been steadfast in offering constant updates to the software of the beta’d face computer, and via the official Google+ page, has announced a series of updates headed the way of Glass Explorers this week.

The world of augmented reality has come along in leaps and bounds over the past couple of years, and with Facebook’s recent purchase of Oculus VR – admittedly a very different technology to that of Glass – the world is finally coming to terms with the fact that head-mounted gadgets may soon become commonplace. 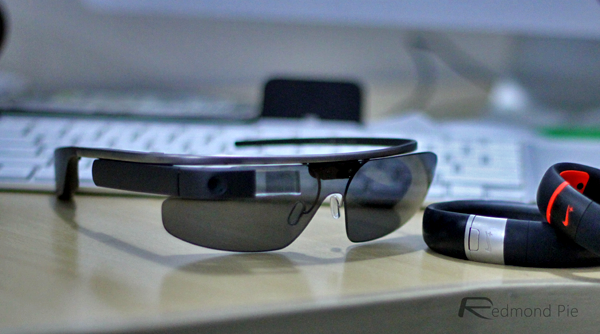 The progress of Glass during the past twelve months has been phenomenal, with functionality having been expanded at regular intervals since the Explorer Edition first began trickling out to developers and creative individuals last year.

This week, Explorers will be able to sink their retinas into a healthy batch of new updates, including the ability to back up photos and videos over cellular connection (as well as remove them from the timeline), along with some new smart features relating to the answering of calls.

What makes this update so significant is that it brings some of the most-requested features to the table. Acknowledging that backing up photos and videos can eat into those precious megabytes of data, Glass has hitherto only offered backups via Wi-Fi. But thanks to the comments of users, the Glass team has now caved, allowing users to back up on any Internet connection of their choosing. 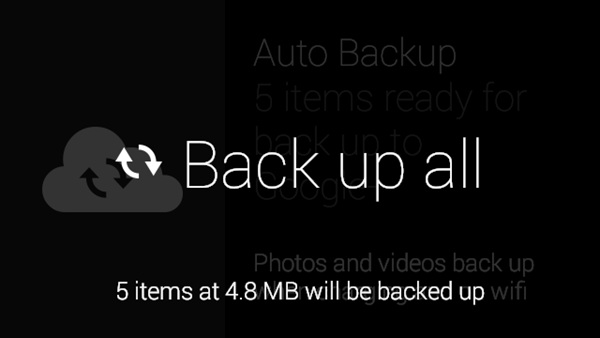 Finally, the way Glass deals with voice calls is set to get smarter. It will be able to automatically detect whether you’re making or answering a call on Glass or on your phone, adapting accordingly, and if you’re not wearing Glass, you’ll find that incoming calls are no longer routed through to the vacant device. 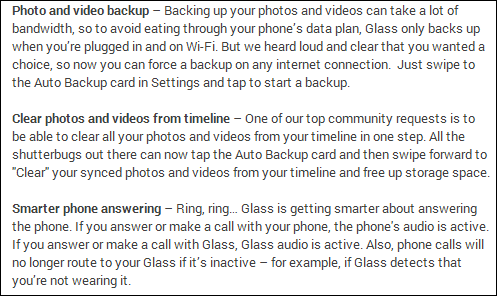 There’s no precise release date or time for the new feature roll-out, with the Project Glass team simply encouraging users to "look out for these changes over the course of this week." Still, when they do arrive, we’ll be sure to give you the heads-up, so stay tuned!