Further to our report published yesterday of a dummy illustrating the potential form factor of the larger iPhone 6 and its supposed 5.5-inch display, we’ve now stumbled across a very promising snap of what appears to be the smaller of the two upcoming configurations of the rumor-besieged handset. The 4.7-inch model, which, unlike its larger cousin, isn’t thought to be plagued by delays or production issues, has been snapped by an Italian blog, and since it’s complete with the darker coloring and details, paints quite a vivid picture of what’s allegedly next.

Usually, we’d be skeptical about a trail of speculation and rumors so far in advance of the purported release, but with so many plausible leaks stemming from multiple sources, it does seem very likely that a larger device with an iPod touch-like form factor will manifest itself around the third quarter of 2014.

The mock-up depicted here is, according to Macitynet, the handy work of a case maker, and the design is said to be final. Of course, given that this has originated from an unspecified, unverified source, we can’t know for sure whether this is an authentic representation of what Apple has in its plans, but given what we’ve heard so far, it certainly appears plausible enough.

The camera, as rumored, is protruding, and although, in more recent reports, we’ve heard that Apple’s utilization of electronic image stabilization may allow the module to sit flush with the rest of the rear shell, this particular leak suggests otherwise. Given that the design of both the 4.7 and 5.5-inch versions of the iPhone 6 are said to be similar to the iPod touch – also taking on board the device’s trademark thinness – it’s likely that no matter what Apple tries with the camera technology, it will simply have to stick out a little, and Apple’s design magicians may have to concede defeat in this case. 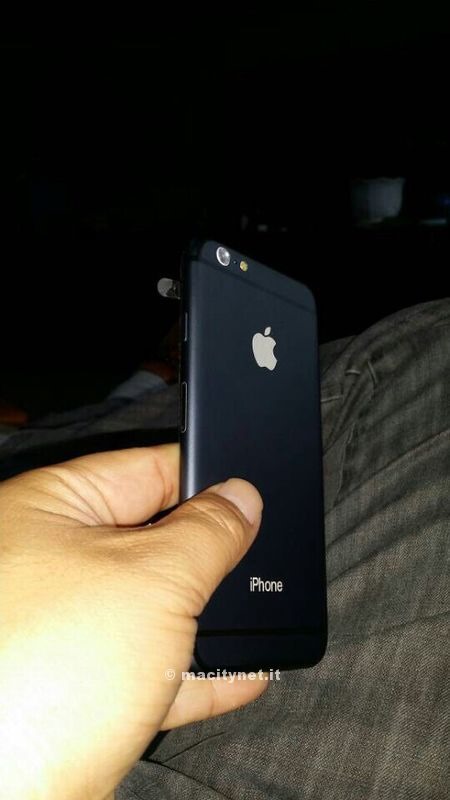 If this leak were representative of the iPhone 6’s design, do you believe it would mark a step up from the current iPhone 5s? Or are you of the impression that the flagship of today should retain the aesthetic charm that differentiates it from other iOS devices?