Facebook Launches Anonymous Login, Here’s Everything You Need To Know

By its very nature, Facebook has to be more vigilant than most when it comes to preserving user privacy and security. With well over one billion active users per month, we’re talking about vast swathes of personal information, and to help users enjoy apps and services without having to submit large amounts of private info, the social network has just announced Anonymous Login.

A feature implemented to serve the needs of folks “sometimes worried about sharing information with apps” and seeking “more choice and control over what personal information apps receive.” Once logged in anonymously, no information is shared between Facebook and the app in question, and if and when a user feels happy to divulge certain tidbits, then they can opt to share certain info at their own discretion.

Facebook has offered a couple of videos on its site explaining how Anonymous Login works, although widespread integration with apps isn’t likely to commence with immediate effect. A handful of developers are currently said to be on board, but in the near future, the social company aims to open the new feature up to the wider dev community.

There’s no doubt that third-party Facebook apps are vacuums of personal information, and often, the process of looking through the terms and small-print is either too tedious or confusing for a user to fully comprehend precisely what information they’re sharing. 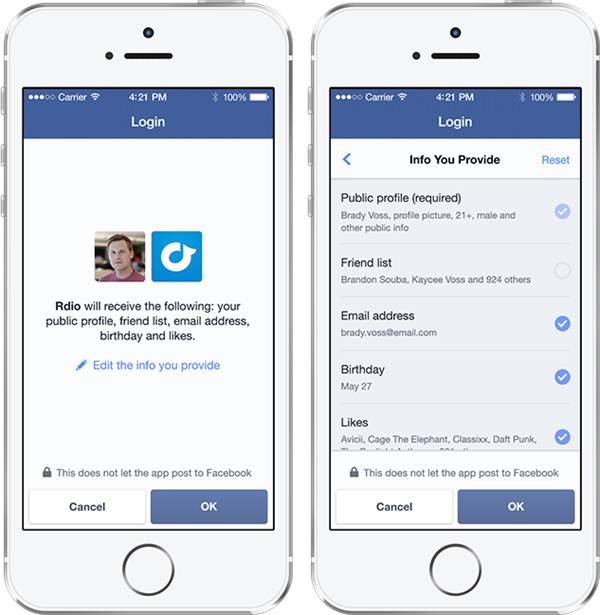 Facebook has made it progressively easier for users to remain abreast of what is shared, but this new login takes things a step further. Users will be able to pick and choose what pieces of a profile a given app will be able to see, and Facebook will – as also announced today – be more diligent in scrutinizing apps to ensure that developers aren’t seeking permissions without valid reasoning. 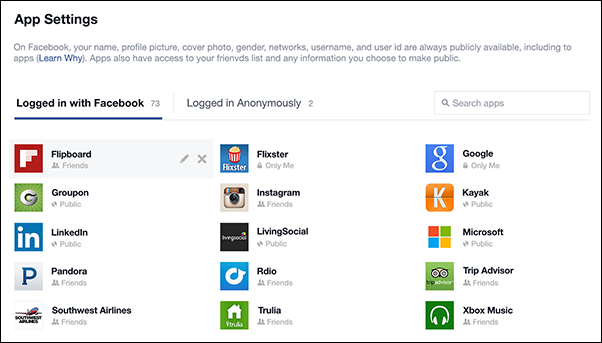 The new Anonymous Login feature will begin rolling out in the next few weeks, and, with Facebook seemingly taking steps to police apps in much the same manner as Apple and Google do with the App Store and Play Store respectively, hopefully Facebookers will feel better protected and more comfortable when enjoying the wealth of supplementary content now available.