The Retro-Bit official SEGA Genesis USB Controller is now available to purchase via Amazon with a modest – but still worthwhile – discount applied. This is an officially SEGA Licensed quality controller and is going to give you compatibility with a slew of different machines and devices, all for just $17.99.

In a world of PlayStations, Xboxes, and other powerful consoles that have taken graphics and gameplay to the next level, it seems that a lot of consumers are simply yearning for a simpler life. A life filled with less processing power, less complexity, and regularl blasts from the past. That is predominantly why consoles like the SEGA Genesis Mini have proven to be so popular. And this controller works perfectly with it. 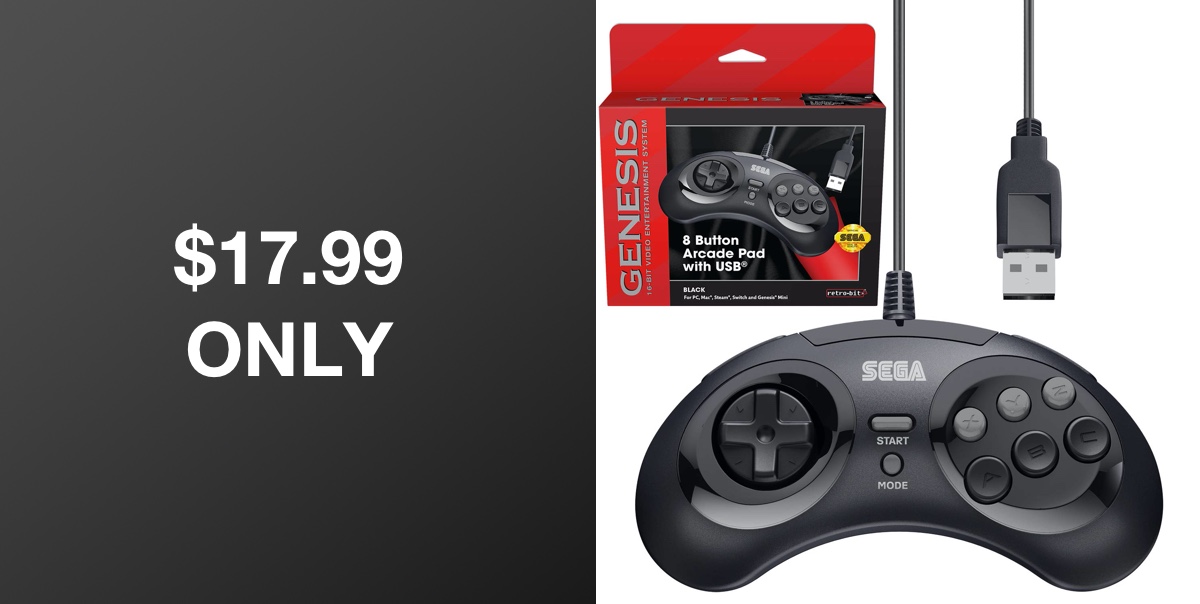 With this being an officially licensed SEGA product, you are going to be ensured that you are getting quality that wouldn’t be allowed to be on the market if it hadn’t been put through its paces and carry the SEGA name. It also comes with new Left and Right Shoulder Buttons allowing an additional layer of configuration. It offers the classic 6-button layout with a newly repositioned Mode button. The controller has been ergonomically designed and actually looks great. A real blast from the past that’s going to shower you with nostalgic feelings. 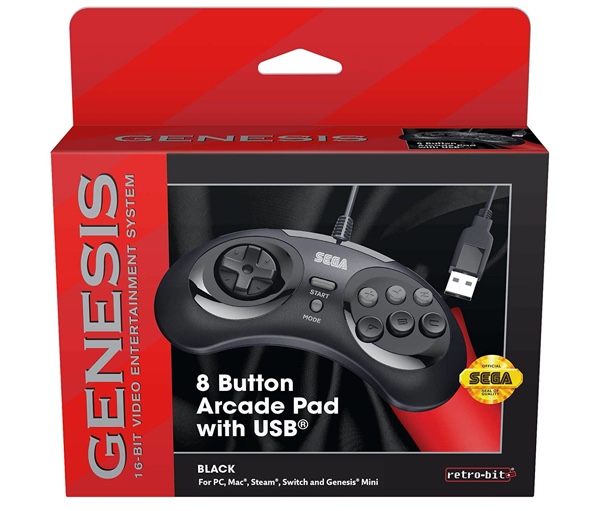 This hardware isn’t just limited to the SEGA Genesis Mini, either. It offers compatibility with SEGA Genesis Mini, Nintendo Switch, PC, Mac, Steam, RetroPie, and Raspberry Pi, meaning that it is clearly extremely versatile and going to give you more value for money than you originally first thought. If you know anyone who has any of these pieces of kit or machines, then this is going to make an extremely affordable and extremely welcome gift. And it isn’t going to break the bank at this price.

Check it out on the direct link below and make sure to act with haste if you want to pick up this officially licensed, highly versatile and multi-system compatible USB controller from Retro-Bit.