Those loyal and ever-faithful Pokemon Go Trainers who have stayed true to the game over the last 10 months will soon find themselves with an Easter-themed set of bonuses to look forward to.

Niantic Labs – the company behind the increasingly popular Pokemon Go title – have consistently shown willing in offering bonuses and promotions around holiday periods, and it’s no different now that Easter is approaching with an ‘Eggstravaganza’ set to take place from 1:00 PM PDT, April 13. 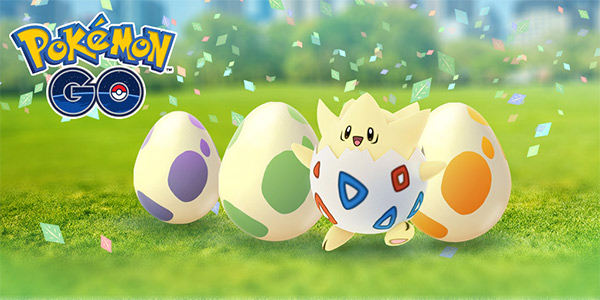 To make this an Easter that Trainers will simply not forget, Niantic has announced a number of notable bonuses that will directly benefit those playing the game.

First of all, Trainers who love nothing more than covering a ton of ground in order to hatch incubated Eggs will now find that the 2km Eggs are more capable of producing a wider variety of Pokemon rather than the simple low-level Rattatas and Pidgeys. Once those Eggs hatch, you should find that you get at least a more interesting variety of creatures popping out of them.

Additionally, those hatched Eggs will also result in an increased amount of Candy being given to the user, which means that they can ultimately be evolved a lot quicker than usual due to the faster collection of said Candies. Niantic will also be dishing out double Experience Points (XP), and up to four times the amount of XP when it’s combined with a Lucky Egg. And speaking of Lucky Eggs, there will also be a fifty-percent discount applied in the shop allowing in-app purchases at half price during the promotion.

Previous promotions and bonuses have been rewarding, but this one is simply a no-brainer. For those who regularly purchase additional items like Lucky Eggs, it instantly gets cheaper so it’s time to stock up. With that said, it’s really time to incubate as many of those 2km Eggs as possible and get pounding the tarmac in order to hatch them and see exactly what is going to pop out.

This latest promotion will begin at 1.00 PM PDT on April 13, and run through until 1:00 PM PDT time on April 20. That’s seven days of egg-related madness, so make sure you get involved.