Apple’s next major OS X update, dubbed El Capitan, was announced back at WWDC in June, and promised a number of under-the-hood improvements alongside some really useful new features. Following the subsequent releases of beta builds of the desktop OS, Apple has already started seeding the OS X El Capitan 10.11 Golden Master (GM) to members registered and enrolled in the Apple Developer Program, indicating that the final release is pretty near. However, we already have the final release date nailed – it’s arriving on Sept. 30th.

What’s most interesting in this entire deal is how the official final release date was revealed. During the media event keynote yesterday, Apple included one sneaky screenshot of an email that can be clearly seen saying “The El Capitan ship date is September 30.” The pun is strengthened by the fact that the ending of the said email says, “P.S. Apple Confidential and Super Secret.” Way to let us know, Tim and team! 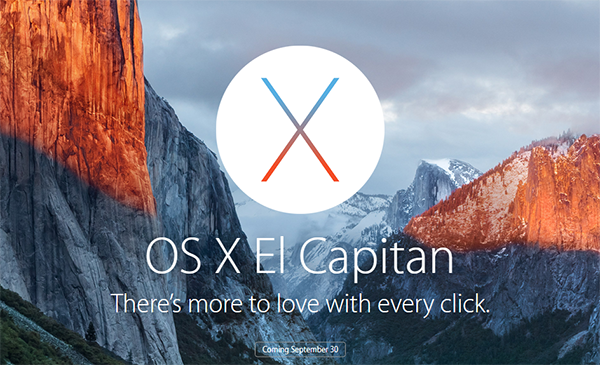 With Apple obviously making no secret of El Capitan’s launch date, heading over to the OS X web page at Apple’s website clearly tells the story now; come September 30th, El Capitan will be hitting all compatible Macs out there.

El Capitan in itself is a fairly solid update. Beta versions of the OS indicate that it’s actually pretty solid and Apple has got things right from the get go. However, since there isn’t any major, earth-shattering feature that’s embracing OS X through this update, it might be fair to say that it’s an update within an update (with the previous update being Yosemite). This is also strengthened, to some extend, by the naming convention, where El Capitan actually is a landmark within the Yosemite National Park. However, this is just speculation and guess work, and should not in any way give you hope that El Capitan will be a small update (it might end up consuming more space than before, be warned).

For a recap, some of the major changes in El Capitan include Split View for apps (finally), better app management, an improved Email app, a more functional Notes app, better Safari and Maps, and much more. More focus in this update is on making the system more efficient and lean, and hence, under-the-hood changes complete the tally. Check out our video walkthrough see what new features are coming to your Mac with El Capitan:

Meanwhile Apple is also seeding the GM versions of watchOS 2 and iOS 9 while beta versions of iOS 9.1 and tvOS are also available.

Apple has also outlined the launch dates for iOS 9 and watchOS 2, both of which are set for public release on September 16.