It’s been a big day for followers of what Apple gets up to, and indeed for the company itself. Today we learned of iPhone 6s and iPhone 6s Plus, iPad Pro and iPad mini 4, Apple TV 4 with tvOS and some new Apple Watch accessories, and as if that wasn’t enough we found out when the upcoming iOS 9 software release would happen – September 16th, for those wondering.

Apple’s big new iOS releases usually arrive alongside new iPhones, but with the iPhone 6s and iPhone 6s Plus due to land on September 25th, the new iOS 9 will be released to the public a full week earlier. The update will be a free download for all of the iPhones and iPads that support it, and will be available at some point on September 16th, though Apple hasn’t announced a time for when it intends to flick the big switch, but it will likely by at usual 10am Pacific. 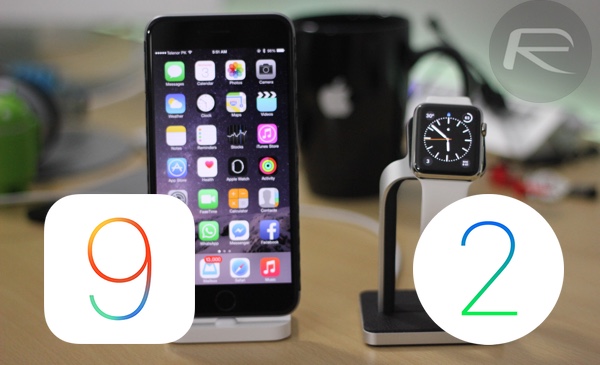 With the iOS 9 release, Apple is bringing quite a few new features to the table, especially if you happen to own an iPad Air 2 or one of the new iPads that will be released later this year. Split-screen multitasking is one feature that will arrive after years of appearing on the wish lists of users, and a plethora of Siri-based improvements are on the agenda as well. An improved Spotlight Search now features Siri suggestions, and Siri will even try to predict which apps and contacts you will want to interact with depending on factors such as location, time of day and whether you are connected to a Bluetooth accessory or earphones.

When iOS 9 arrives next week, users should notice that the installation woes of iOS 7 and iOS 8 are absent with Apple managing to cut down on the amount of space required to make the install happen. That will be a big improvement for those with smaller capacity devices, and iOS 9 will even uninstall and then re-install apps if it truly doesn’t have enough space to perform the upgrade.

While new versions of iPhone and iPad hardware will always capture the imagination, the impact of iOS 9 should not be underestimated, and September 16th is when users will be able to try it out for themselves.

Alongside iOS 9, Apple will also release watchOS 2, bringing with it third-party complications, new watch faces and most importantly of all, native apps amongst other improvements. If you’re an Apple Watch wearer then watchOS 2 has the ability to radically change its usefulness, though it will take time for developers to catch up and release software updates that take advantage of its new features.

With a week to go, they don’t have much time to get ready.