The Release Candidate (RC) bits of Office 2010 along with Office Web Applications are now available for technical beta participants via Microsoft Connect. Microsoft at the moment is in the process of sending out invites for Office 2010 RC program, so if you have received one then you can now immediately download and evaluate Office 2010 RC Build 14.0.4734.1000 before the public availability. Office 2010 RC is available in both 32 and 64-bit flavors. 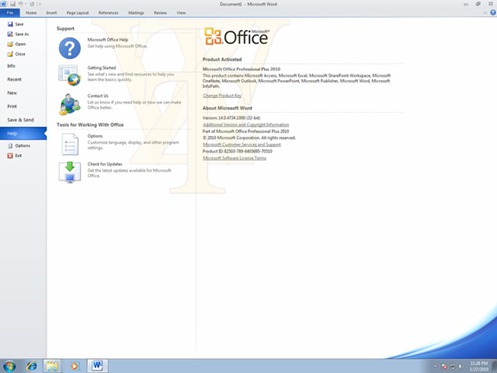 Original file names for Office 2010 Release Candidate (Professional Plus SKU) as stated on Microsoft Connect site are as follows.

Office 2010 Beta, along with Office Web Apps was released by Microsoft back in November last year for Connect, TechNet and MSDN subscribers. A broader more general release of Office 2010 Beta was made later at PDC09.

Last month, Office 2010 RTM Escrow Build 14.0.4730.1007 was leaked by WZOR, a site infamously known for many leaked builds of Windows 7 during its testing stages.

Office 2010 Technical Preview, Beta 1 and Beta 2 milestones were leaked earlier in July, August and October 2009 respectively. Check out our Office 2010 Activity Center for the complete coverage on the latest version of Office Productivity Suite. [via Neowin and BlogsDNA]