Office 2010 Beta Available for Download via MSDN and TechNet

The Beta bits of Office 2010 Beta along with Office Web Applications are now up on MSDN and TechNet Plus. TechNet Plus and MSDN subscribers can now download and evaluate Office 2010 Beta before the official public availability on November 18th. The most significant change in this Beta Build from the Technical Preview is the new installation procedure for test versions of Office 2010 SKUs, Upload Center, modified version of Backstage view and new refreshed icons for all Office products. Office 2010 Beta is available in both 32 and 64-bit flavors. 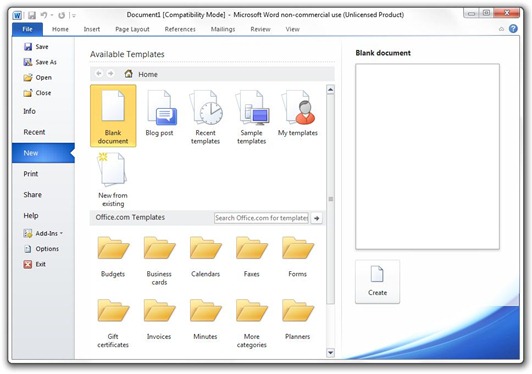 Hashes for the original Beta ISO of Office 2010 Professional Plus from MSDN & TechNet are as follows:

So if you are among those lucky people on earth with either of these two subscriptions, then you can now immediately get hold of the Beta bits for Office 2010 before anyone else (general public) with official product keys from Microsoft. Office 2010 Beta will be available for public download after PDC09 announcement.

Office 2010 Technical Preview, Beta 1 and Beta 2 milestones were leaked earlier in July, August and October 2009 respectively. Check out our Office 2010 Activity Center for the complete coverage on the latest version of Office Productivity Suite.