After the fantastic discovery of Water on the moon last week, here comes yet another astronomical event that shouldn’t be missed at any cost. The annual Leonid meteor shower will peak on the dawn of November 17th (or 18th in some places) and will be visible all over the world. According to NASA, the best time to view the Leonid meteor shower in United States is after 1:30 AM EST (Eastern Standard Time) on 17th. 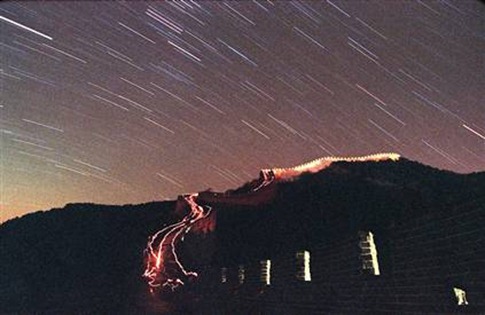 What is Leonid Meteor Shower?

It’s time for a shower. November brings the Leonid meteor shower. This shower is called the Leonid shower because the meteors seem to come from a point in the constellation Leo. But they are really much closer to Earth than these stars are. The starting point, called the radiant, is found in the part of Leo that looks to be a backwards question mark. This part is sometimes called the “sickle.” – NASA

This year the Leonid meteor shower is expected to flood the skies with 20 to 30 shooting stars per hour. Many online streaming sites like UStream and Justin.tv will be broadcasting the 2009 Leonid Meteor Shower event Live online. This is your chance to watch it live on the Internet, specially if the weather forecast in your area is cold or cloudy.

You can also follow all the updates Live on Leonid meteor shower via twitter by following the hashtag #Leonids.