A new Build 14.0.4730.1007 of Office 2010 has been leaked by WZOR, a site infamously known for many leaked builds of Windows 7 during its testing stages. While the stuff which is new to this build is not known yet, but a new EULAID:O14_RTM_VL.1_RTM_EN, shown in “Microsoft Software License Terms” indicates that Office 2010 may probably have internally entered RTM branch. 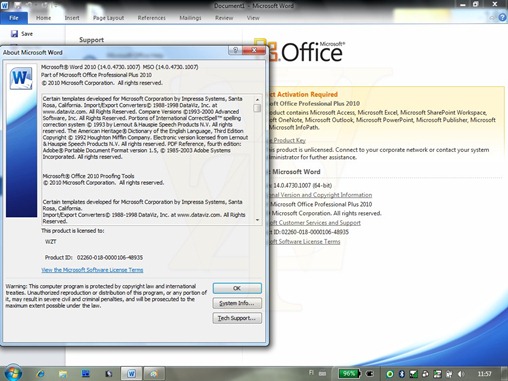 According to the sources at WZOR, Office 2010 is expected to be finalized sometime in April of this year with retail release date to follow in June. Translated text from WZOR is as follows.

We became available in the new build a new office suite Office 2010 Beta 2 Build 4730.1007.
From the EULA O14_RTM_VL.1_RTM_EN seen that the assembly has reached a new stage, and from that moment on public Milestone (milestone, this term refers to an important point in the project) will be more.
According to our information distribution RTM office suite Office 2010 will be collected in April 2010 ie one month later than we previously delivered before deadline.
We will continue to keep you in the know about the progress of the final version of Office 2010. 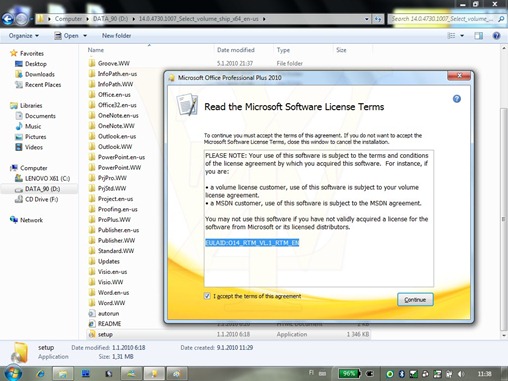 Check out our Office 2010 Activity Center for the complete coverage on the latest version of Office Productivity Suite.