The Nexus 5 leaks just keep on coming, and barely a day after the last photos showed up online we have now been treated to a video of what appears to be Google’s next big smartphone release.

In fact, the video that just appeared on YouTube isn’t just a video, but rather an HD video that stretches to a full seven minutes of Nexus 5 goodness. If you wanted a proper look at what the folks at Google will call the Nexus 5, then this seems to be the best yet. 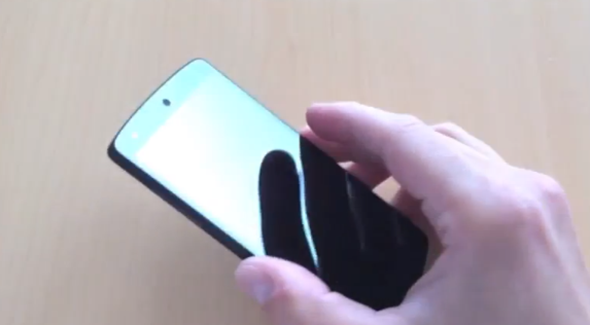 The video itself has the URL of French site smartphones.sfr.fr plastered all over it, so it’s safe to say they’re the ones to thank this weekend. It’s not been live too long though, so we’re only able to offer some early thoughts on what we’re looking at.

The first thing we noticed is that the Nexus logo is missing from the rear of the device, and the camera area doesn’t look quite as silver as we’ve become accustomed to. Based on that, we’re going to assume this is an early handset and that it doesn’t quite reflect what will be announced when Google gets around to showing the device off officially in the next few days.

The thinking that this isn’t the final, shipping Nexus 5 is backed up by the About screen, which says the device is running KeyLimePie, rather than Android 4.4 KitKat. That will obviously change when the device starts to ship. 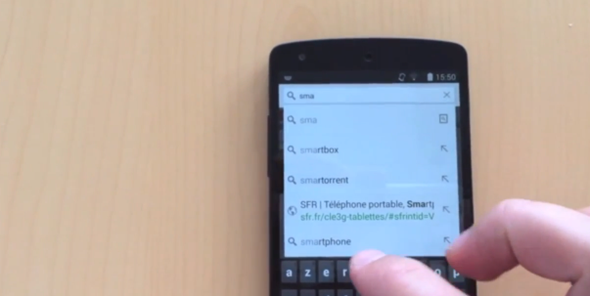 We still don’t know when Google will announce the Nexus 5, or when it will show Android 4.4 KitKat off to the public, but with the leaks gathering pace and October slowly beginning to fade, we wouldn’t expect to have to wait too much longer before the invites to a Google event start to arrive.

With Apple set to announce new iPads, Nokia on the verge of announcing its own Windows-powered tablets and now Google on the verge of showing off the new Nexus phone, the next few weeks are set to be rather big for the mobile technology world.

And we can’t wait to see what Google has in store for us when the wraps are taken off officially.

Thanks, Will for the hat tip!