While this could be a Photoshop job, a new “dodgy” shot of the “lost” iPhone 4G in Vietnam has surfaced, which shows the handset running the upcoming iPhone OS 4. It is difficult to conclude on how these guys have tricked the phone into running the OS, considering the fact that Apple must have done a remote wipe following the leak yesterday. 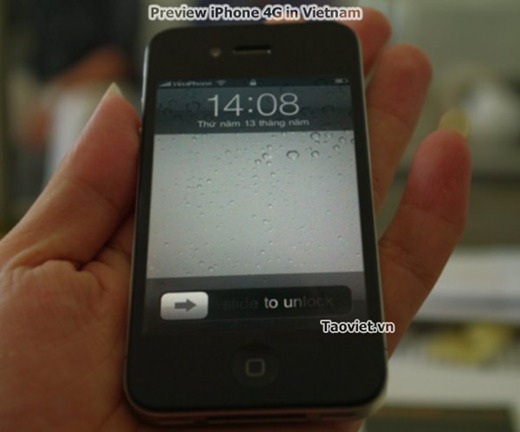 Sources at Engadget have also confirmed that the marking “N90 PRO2” indicates that this model is older than the one Gizmodo obtained last month.

Still, a source has confirmed to us that the markings "N90 PRO2" indicate an older prototype N90 (the Apple codename for the new iPhone), which refers to "Working Prototype 2" and might possibly be easier to enable than the newer, lock tight model Gizmodo obtained.

Fake or real? What do you guys think? [via Engadget]