The Next Apple TV Revealed. Will Run on Top of iPhone OS !

If you thought the next platform wars between Microsoft (Windows Media Center), Google (Google TV) and Apple wont move to TV’s, you’ll be horribly wrong. According to the sources at Engadget, the next iteration of Apple TV will get a much needed complete revamp. It will be a small device (like iPhone), will be powered by a variant of iPhone OS, and best of all, will only cost a 100 bucks ($99 to be exact). 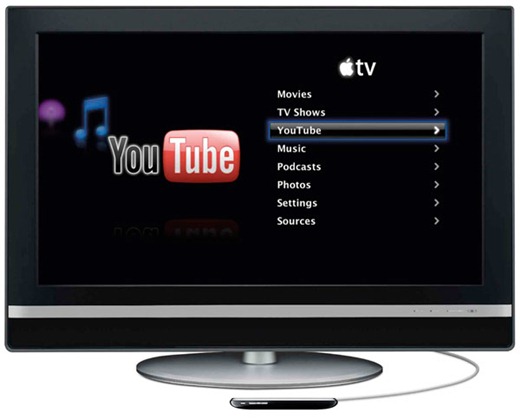 The internals of the device will be based on the next-iPhone and iPad: A4 CPU for instance, with flash storage. For more storage, emphasis will be on cloud-based storage system. The device will be capable of outputting at full 1080p resolution. While there is no word on whether iPhone/iPad apps like Apps Store will come to the system, it will make a lot of sense for Apple to bring the 200,000+ apps from iTunes Apps Store right on to your living room.

Apple will unveil the next Apple TV in a separate event (not at the upcoming WWDC) like iPad, or maybe at this years iPod touch event in September of this year. [via Engadget]