Three new Philips Hue products have been announced today, starting with a new Philips Hue White A21 bulb that was rumored to be in the offing last month. Now it’s here, and it’s considerably brighter than bulbs that came before it.

The new bulb at 1600 lumens, is the equivalent of a 100W bulb and will go on sale in July for $19.99 apiece. It’s only available in white but we can hope that it’ll be available in a color bulb at some point in the future. 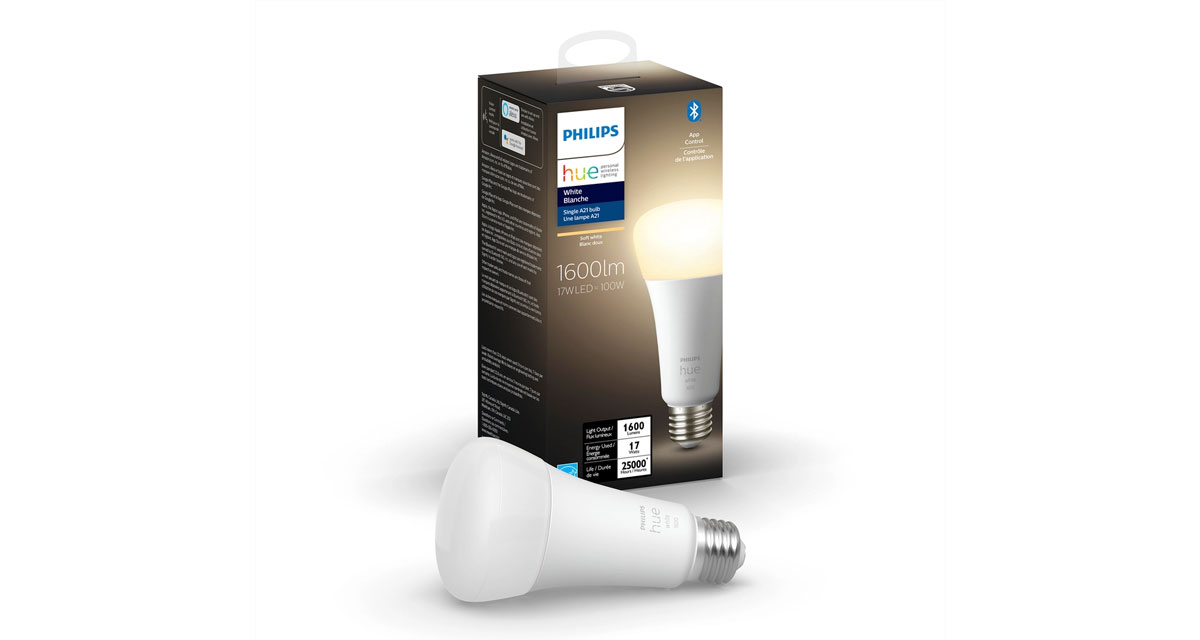 The new, powerful Philips Hue White A21 bulb (available in late July, MSRP: $19.99) is the brightest bulb in the collection. With 1600 lumen output (equivalent to a traditional 100W bulb), it can fully illuminate a kitchen, garage or any other room. The smart light bulb also offers wireless dimming, so you can easily go from functional to mood lighting with the tap of an app.

The popular Lightstrip Plus has also been updated to support Bluetooth rather than requiring a Hue Bridge to function.

You’ll still need it if you want to use HomeKit and some of the fancier Hue features, including remote access, though. 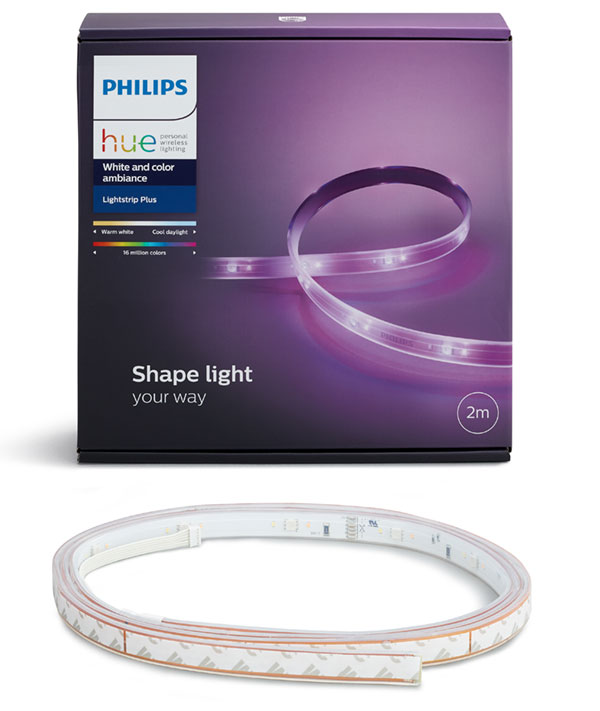 The Bluetooth-enabled Philips Hue Lightstrip Plus gives you colorful, smart light anywhere in your home. Place it along kitchen cabinets and staircases or highlight decorative pieces. You can customize the lightstrip by cutting it to the perfect size or connecting it up to eight Hue Bluetooth-enabled extensions. You can also now reuse trimmed pieces, so you can adapt the lightstrip to your room or décor. The Lightstrip (2-meter base MSRP: $79.99; 1-meter extension: $24.99) will be available at Target starting this week and at additional retailers later this summer. 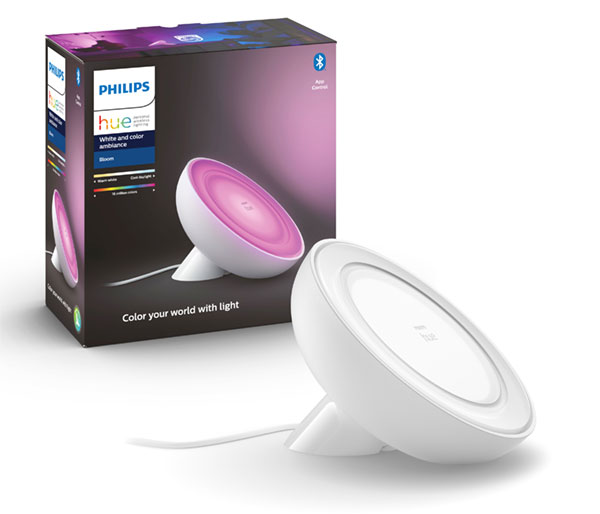 Rounding things out, we have the new and updated Philips Hue Bloom table lamp that arrives in July priced at $69.99. Changes include a new white finish as well as an improved white light performance. Colors are also improved and Bluetooth is supported here, too. Again, you’ll need a Hue Bridge to get in on all the best features, though.