The phenomenal, perhaps unrivalled collective achievements of both Bill Gates and Steve Jobs has made the details of their complex relationship one of the most intriguing stories in modern technology. Seemingly fitting of the old expression “best of friends, keenest of rivals,” Gates was as much a recipient of compliments from the late Apple co-founder as he was his famously sharp tongue, and in a new interview with CBS, the Microsoft chairman and former CEO reflects fondly on the times he shared with his Apple adversary.

Early last year, Gates had another reminiscing session with Yahoo! in which he talked of this last meeting with the late co-founder of Apple, Steve Jobs, and this more recent interview with host Charlie Rose seems to elaborate even further on what it was like when both began summing up the respective accomplishments of one another, with Jobs’ mortality remaining the elephant in the room. 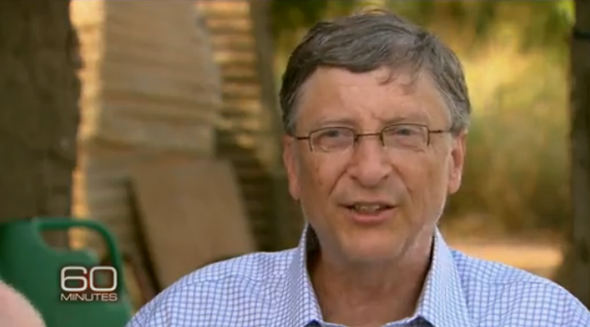 Throughout their respective careers, they have been portrayed as big rivals, which of course they were. But in spite of the ongoing battle for supremacy, these two guys had a tremendous amount of respect for each other. When prompted by Rose to describe qualities Jobs had over him, Gates spoke of Jobs’ incredible nous for design and aesthetic, and even though he was quoted a week ago as describing the iPad as a “frustrating” device to use, he also credited the way Apple pieced together the product and forged a viable tablet market; something Microsoft had wanted to do for a very long time prior to 2010. 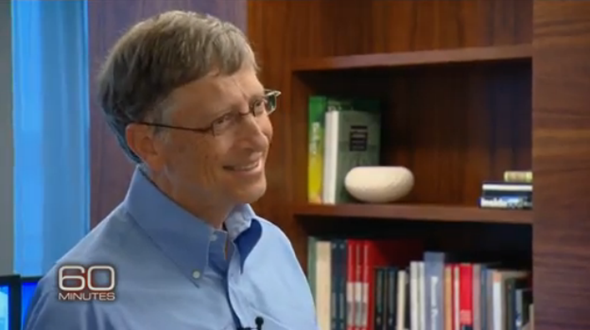 As well as speaking rather poignantly of just how similarly he and Jobs’ careers had played out, the video also cuts back to the 2007 AllthingsD interview; one of the few times both Gates and Jobs were put to question in a side-by-side manner. As many of you will recall, Jobs made one of his famed Beatle’s references in saying: “[Bill Gates] and I have memories longer than the road that stretches out ahead, and that’s clearly true here,” before holding his hand out acknowledge an agreeing Gates. To further get a glimpse of how close Steve Jobs and Bill Gates were, Bill sent a letter to Jobs just before his death to say goodbye. Despite the professional differences, both had a soft corner for each other.

This video on CBS 60 Minutes is just as emotional as the AllthingsD clip at times, and is certainly worth a watch: