Bill Gates Thinks iPad Is ‘Frustrating’ To Use, Here’s Why [VIDEO]

Bill Gates has stepped out and described Apple’s iPad as "frustrating" to use, noting that the device should take a leaf from the book of Microsoft’s Surface. He believes that iPad users miss key features such as the use of a physical keyboard and access to Microsoft Office, and if the Cupertino company were to take some cues from the Surface, owners of the Apple slate would enjoy a more gratifying experience.

Of course, the fact that Gates is the Redmond company’s co-founder, former CEO and current chairman would suggest a slight element of bias, and since there’s no doubt the Surface needs as much coverage as it can get right now, it would appear as though Gates is just playing the game.

He made his feelings known in a CNBC interview on Monday, and although it seems like a clear attempt to get the Surface’s name in the blogosphere headlines, Gates suggests the iPad is no match for the Surface in terms of offering the “portability of the tablet, but the richness of the PC.”

As well as a rather shameless plug for the fledgling Surface slate, Gates also talked about Microsoft’s Office suite as being another pivotal element of the tablet experience that iPad users aren’t in on. "They can’t create documents, they don’t have Office there," he said, but with a deluge of decent alternatives out there and official Microsoft Office for iPad support is apparently forthcoming, I can’t see that many iPad owners will be especially rueful of their decision to skip the Surface.

The Surface RT was released towards the latter part of last year, but even with the arrival of the Pro variant back in January, the Windows maker’s first significant tablet effort has done very little to trouble the dominant iPad in terms of sales and market share.

The physical keyboard is a massive part of the Surface’s appeal, but while Apple still continues to rule the market without any such peripheral, it’s questionable as to whether consumers are bothered enough about the issues of touch-typing to opt for a Surface instead. 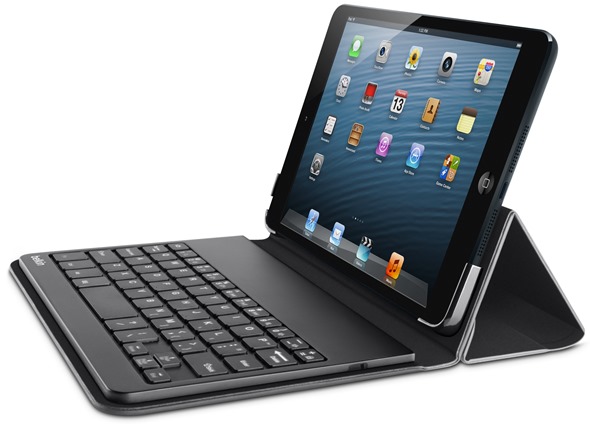 Is Gates right, iPad users; are you longing for Office on-the-fly enough to ditch your current device for a Surface? Do share your comments below!