While Apple tends to release just one new smartphone every year, the opposite is true of rival Samsung. The Korean outfit seems to have a new handset ready every couple of weeks, and with the Galaxy S4 making its presence known having just been released, another notably similar device has just been announced. Named the Galaxy Core, it borrows quite a few aesthetic features from the new flagship Galaxy S4, and we’ve got all the important information coming up right after the break!

Although it does look rather similar to the S4 with those familiar rounded edges and glossy finish, the similarities between the two devices are almost entirely aesthetic. Under the Galaxy Core’s hood, it’s pretty much standard mid-range fare, with a 1.2GHz dual-core SoC, 5-megapixel rear camera, 1GB of RAM, and a very basic 8 gigs of internal storage. As well as that, you get a sizable 4.3-inch display with resolution of 480×800 pixels, dual SIM slots, and a reasonable 1,800mAh battery, which should keep everything ticking over for a substantial amount of time. On top of all that hardware sits Android 4.1 Jelly Bean, would’ve been great if it was 4.2, though. 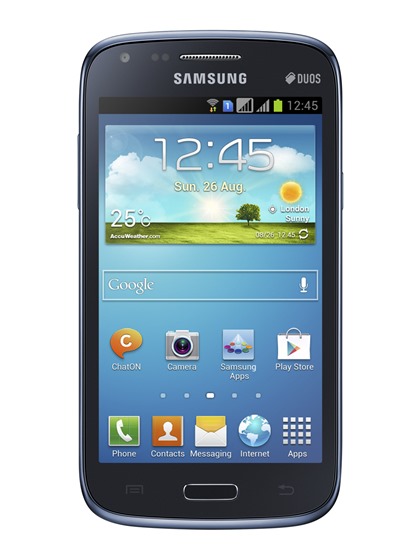 The hardware might not be up to much, but if you’ve been impressed by the coverage of the Galaxy S4’s intriguing new software features, you’ll be pleased to learn the Galaxy Core packs many of them in as standard. As well as Smart Stay and Smart Alert, you also get S Voice and Motion UI, so if you like the idea of the Galaxy S4 but don’t wish to part with so much cash, this could be the perfect handset for you. 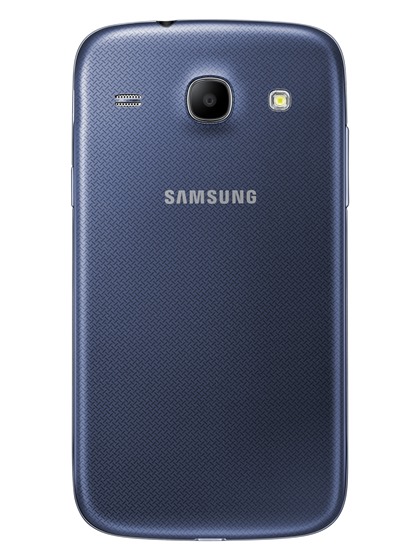 In essence, the Galaxy Core is a Galaxy S4 for those not particularly bothered about high-end specifications, and if it ticks all of your boxes for a new smartphone, then this one will be available later this month. Since dual-SIM devices don’t tend to hit the U.S. market, it’s unlikely the Galaxy Core will be available Stateside, although with a single-SIM variant coming in July, perhaps it will eventually become an option for those of you residing in North America. 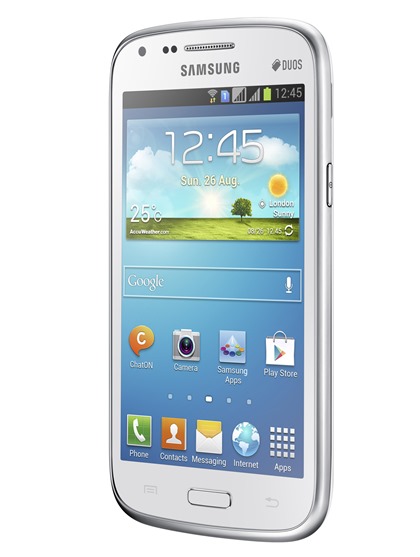 Until then, those looking for an alternative to the Galaxy S4 on a tighter budget should consider its perfectly capable predecessor in the Galaxy S III. Sure, it’s old, and in buying it, you’ll automatically be behind the times, but if you count out the iPhone 5, Galaxy S4 and HTC One, there are few out there to top the S III in terms of all-round performance.