New in iOS 11 is a Lock Screen fade-in animation that changes based on the wallpaper set on the device. Here’s how it exactly works.

Apple’s announcement of iOS 11 during its opening keynote for WWDC 2017 gave the company a chance to show off some of the new features that we can look forward to when it is released to the public later this year, but as always, there simply was not enough time for every change to be highlighted.

Some changes are also so minor that they do not warrant stage time during the keynote, but that does not necessarily mean that they will not make a sizeable difference when you install iOS 11 on your own device. One example of that is a new animation that has been added for when an iOS device is unlocked.

With previous releases of iOS, iPhones and iPads displayed a stock animation no matter what, with the same look and feel each and every time an unlock is carried out. However, with the first beta of iOS 11 installed, testers are discovering that this has now changed. During testing, it has become apparent that iOS 11 will change the animation it uses when unlocking a device depending on the wallpaper that is in use. 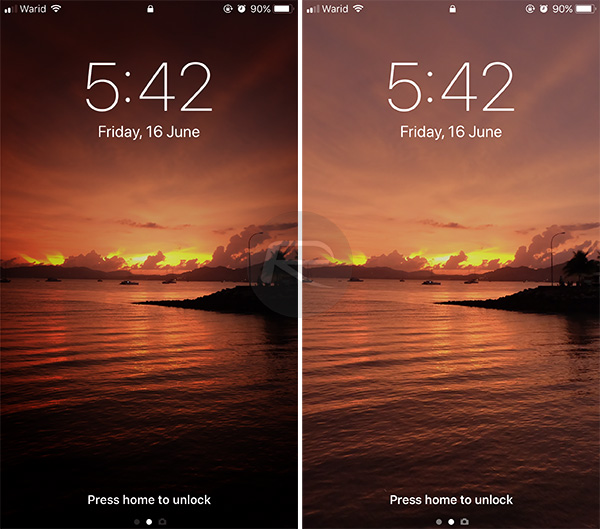 What this all boils down to is a neat effect, because the brightest part of the wallpaper is used as the starting point of the unlock animation, meaning the lightest area of the image is the first to be revealed when the screen begins to unlock. This kind of animation can look just lovely on the right wallpaper, particularly those that feature an image of a sunset whereby that is the first thing seen when a device is unlocked. The rest of the screen then fades in, giving a feeling of depth.

The new animation is a small change, but one that you will come to love as you use iOS 11. It will not change your life, but it will delight you a little more than the old method, that’s for sure!