Fans of the Kindle will likely already know that they can read their books in iPhones and iPads, but they can’t buy books from within the Kindle app.

It’s been that way for years and new emails between Steve Jobs, Eddy Cue, and Phil Schiller explain why.

As the emails show – emails that were made public during the recent antitrust hearing – the three Apple leaders discussed how Amazon was initially allowed to push people to its online Kindle store without using Apple’s in-app purchase system, something other developers weren’t able to do.

But after Apple’s Schiller saw an ad that showed Kindle readers using iPhones and Android phones, things changed. The executive worried that it was making it too obvious that people could switch from iPhones to Android phones.

And that, apparently, just wouldn’t do.

You can read the emails for yourselves, but it seems clear that Apple told Amazon that it could no longer link out to its store without using Apple’s payment systems and giving the iPhone maker 30% of transactions. Amazon didn’t want to do that, so it removed its store links from the app and turned it into one that could only be used to read books. 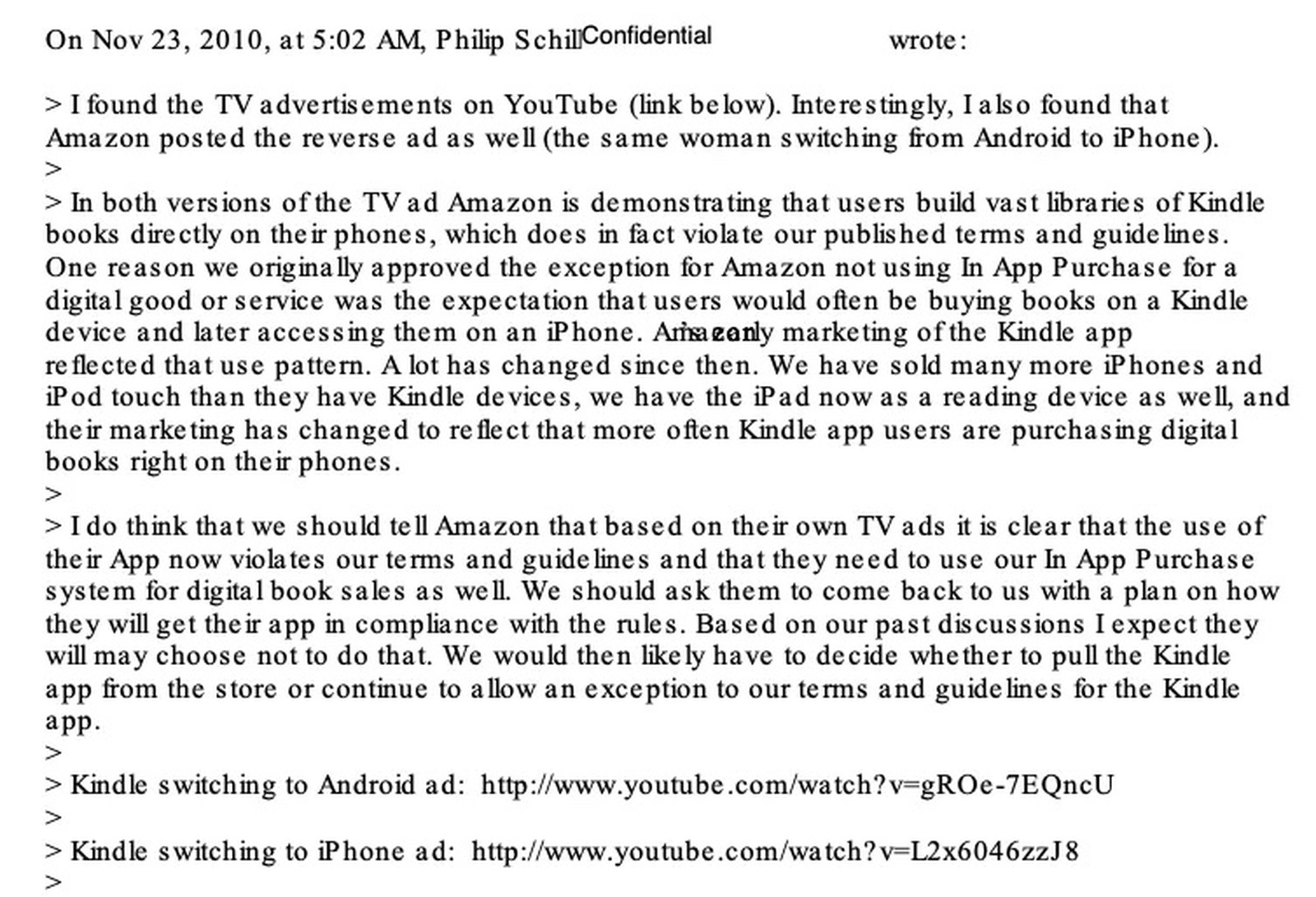 Ultimately, none of it mattered. Jobs thought Apple’s iBooks store would be the only way people would want to read books on iPads but he obviously misjudged how popular the Kindle was. In the end, Apple didn’t win out – the Apple Books store still can’t compete with the Kindle regardless.