You can now download iOS 14 beta 3 and iPadOS 14 beta 3 as OTA updates. Additionally, IPSW links are also available for registered developers with access to an active Apple developer account for those who prefer a manual installation.

Let us just get this out there; things are looking good for Apple as far as iOS 14 and iPadOS 14 are concerned. As we have previously stated, the general consensus in the development community is that this is one of the most stable betas of a major firmware upgrade that Apple has released for a long time. Those same developers will be hoping that things don’t go askew with each release but, at this moment in time, things are looking positive! 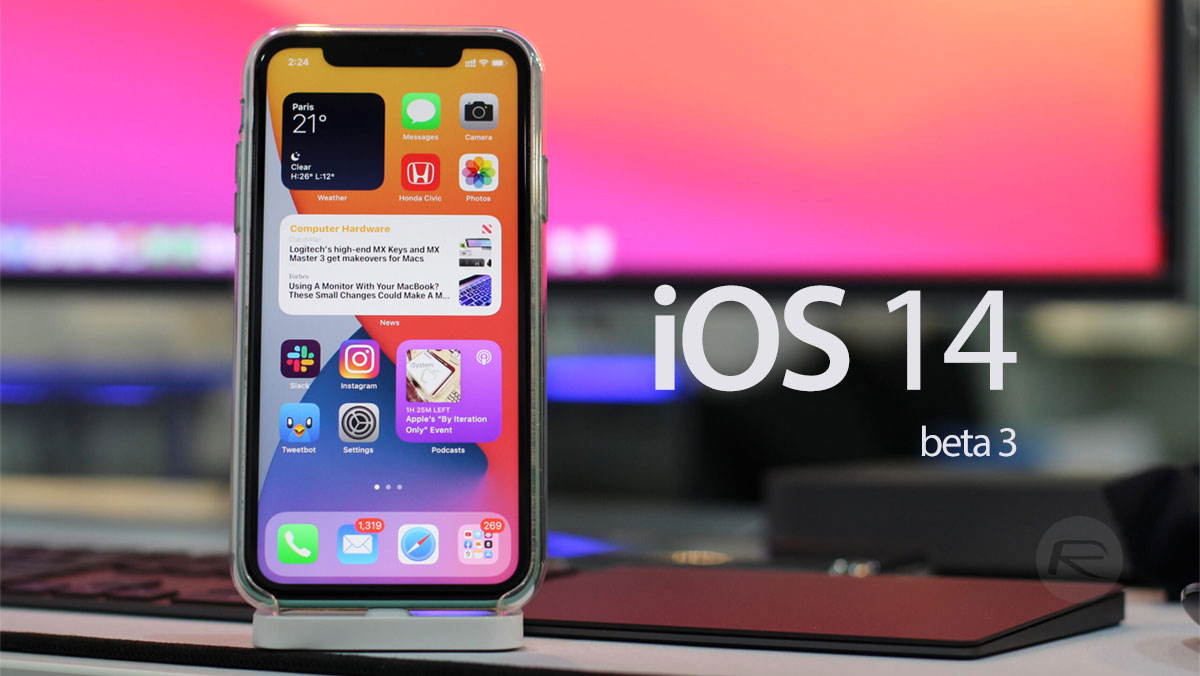 With iOS 14, Apple is looking to “reinvent the iPhone” by forgetting all about the iPhone and concentrating on its underlying firmware. The opening keynote of this year’s revamped WWDC focused on most of the major features of iOS 14 and iPadOS 14 and it’s fair to say that developers and the public alike will be chomping at the bit for September to come so they can “officially” get their hands on the finished product.

As far as iOS 14 and iPadOS 14 go, potential users can look forward to App Clips, a new powerful Messages experience, a new Guides experience within the native Maps app, and a large focus on user privacy and security. As has been widely discussed, devices running iOS 14 will also let you know when installed apps are trying to do anything nefarious or against you will, such as copying the contents of the clipboard without permission.

If you are planning on putting iOS 14 beta 3 or iPadOS 14 beta 3 on your iPhone or iPad, then keep in mind that we are still in the very early stages of development. Previous builds have been very stable but there is also the opportunity for bugs and issues so keep that in mind ahead of downloading and installing.

If download links are what you are searching for, then you’ve come to the right place. You can get IPSW links directly from developer.apple.com or as an over-the-air update if you already have beta 1 or beta 2 installed on your device or have the correct beta installation configuration profile.

Apple will released iOS 14 and iPadOS 14 public beta 3 to members of Apple Beta Software Program in a few days time.