Must Check Out: Today’s Google Doodle Is A Fully Interactive 3D Rubik’s Cube

The Rubik’s cube is well-known as being a very tricky puzzle, and before the Digital Age brought us Flappy Bird et al, many would kill some time trying to match up all of the colors on each face of the legendary puzzle. Now, to commemorate the Rubik’s Cube’s 40th birthday, you can try your hand at this classic challenge from right within your browser thanks to Google Doodle.

Even though we may have ditched the likes of the Rubik’s Cube for our iPhones and Androids, you only have to check the gaming charts to notice that we still love a puzzle as much as we always did. Thus, if only for a bit of nostalgia, be sure to check out today’s Google Doodle, and if you think you’re made of tough stuff, go ahead and try completing it! 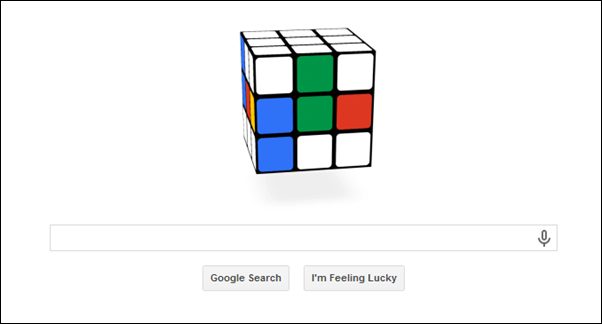 To get started, all you need to do is point your browser to google.com, and click on the visible Rubik’s Cube. From there, your cube will be shuffled around, and your quest to match up the 3 x 3 faces with the same colors will commence.

Even though the Rubik’s Cube, which was invented by Hungaruan Ernő Rubik on this day back in 1974, is often seen as greatly challenging, it’s actually not as difficult as some might think. By following a relatively simple technique, any Rubik’s Cube can be mastered, and if you do wish to get in on the secret, I suggest you check out one of the many step-by-step guides available on YouTube. 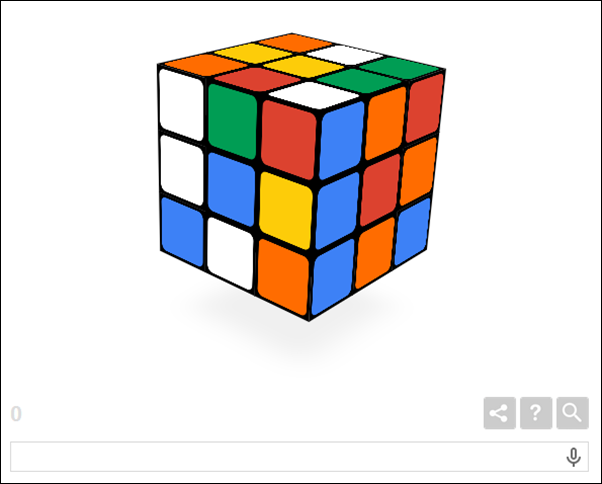 Google Doodle has brought us some real gems in the past, and this is certainly one of them. Not only is it a pretty neat idea and a nice way to mark a landmark release in modern times, but it’s also very slick and fluid to use – even if you’re rocking a traditional keyboard and mouse setup.

It’s likely that many well-intentioned folk will consult Google today in order to carry out some research, locate some decent learning resources or generally try to be productive, yet instead find themselves embroiled in a battle with a virtual Rubik’s Cube. We sincerely hope that it won’t eat up your entire day, but at the same time, it is very cool, so do be sure to give it a whirl.