Samsung has long since been known to push the boundaries when it comes to increasing the display sizes on mobile devices. As well as the Galaxy Note, which is credited with founding the “phablet” market, the company also took the wraps off the Galaxy Mega last year, which packed a mammoth 6.3-inch display. In this day and age, we’re accustomed to a new release per product line per year, and apparently, the Galaxy Mega’s forthcoming successor will include a whopping 7-inch display.

The word “phablet” has been formed of a combination of phone + tablet,  but given how this alleged device will pack a display matching that of many entry-level slates, one has to wonder just where the line will be drawn. 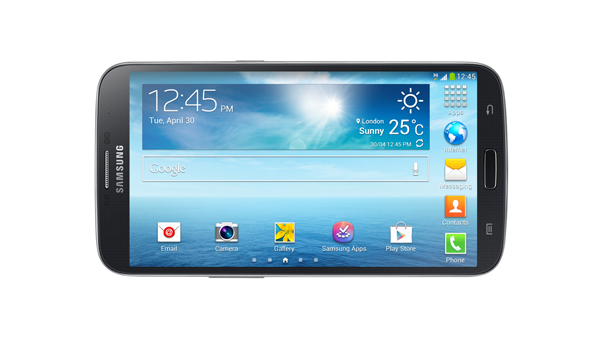 Like a bunch of releases from Samsung this year, it’s unlikely that the company’s latest beast will retain the same “Mega” moniker, and will instead be offered a single letter for purpose of identification. After all, last year’s Galaxy S4 Zoom was recently upgraded to the Galaxy K, and with a better-than-flagship Galaxy F also said to be in the offing, the Galaxy Mega will likely be known as the Galaxy W.

The folks at SamMobile have the scoop on the technical specs of the Galaxy W, which will, in spite of its size, pack a bunch of very mediocre specs. As with the original Galaxy Mega, which fell considerably short of the Galaxy S4 in terms of hardware, the Galaxy W’s main draw will be its size, and those in search of a high-end experience will probably want to look to the likes of the Galaxy S5.

With a 720p display, it’ll still be scraping the barrel of HD, although given the size of the overall canvas, sharpness will not be its forte, and even though megapixel counts seldom tell us a camera’s full story, we reckon that the 8-megapixel rear-facing shooter of the Galaxy W will offer average-at-best performance. 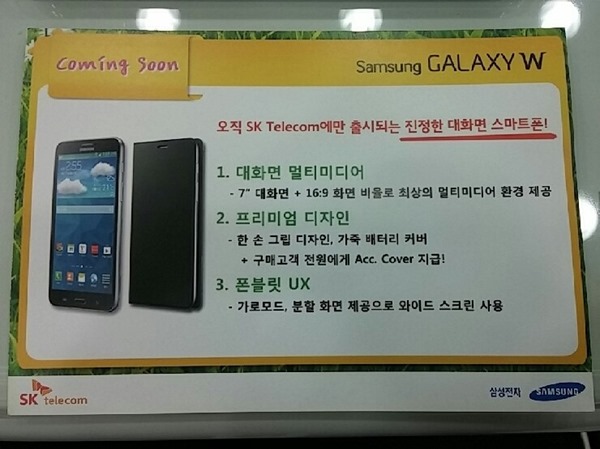 With a quad-core SoC clocked at 1.2GHz processor, 1.5 gigs of RAM, and 8GB of on-board storage, it’s pretty standard mid-range fare, although if you want to watch a lot of videos on the humongous display, you’ll be pleased to know that a microSD slot will also reportedly feature.

One of the clinching features of the Galaxy W will be the so-called “Phoneblet UX,” which will let two apps run in split-screen mode side-by-side, but given how we love our powerful devices here at Redmond Pie, we just hope this feature will extend to the next Galaxy Note.