Mass Effect Infiltrator For Android Now Available For Download, Is As Good As Its iOS Counterpart

For those who are fans of the Mass Effect series – and let’s be honest, there are plenty of you out there – you may have to be prepared to dedicate a larger portion of your life to Commander Shepard as gaming giants Electronic Arts have pushed out Mass Effect Infiltrator to the Google Play Store for Android Devices.

The official EA blurb paints a rather appealing picture as it outlines the fact that you are thrown in at the deep end as a Cerberus agent who happens to have lost faith in the system and gone rogue. As you might expect, being a rogue agent isn’t exactly an easy life, and as the player you are required to use everything at your disposal to fight your way off the unfriendly Cerberus base in order to hand over all of their secret research to the Alliance. Sounds easy right? Unfortunately, or perhaps fortunately for those who like an intense gaming experience, the route off is paved with rather angry nasties who have access to high-tech weaponry and terrifying biotic powers. 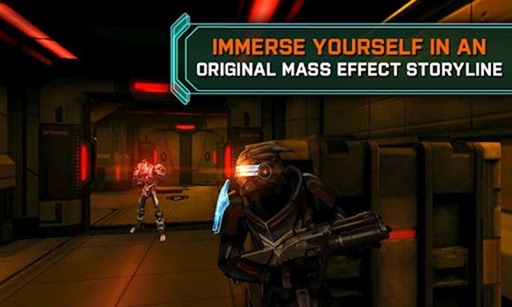 The Mass Effect Infiltrator game actually looks pretty spectacular when installed on a top-end Android device, and so it should, as it delivers groundbreaking graphics with engaging audio and sound effects, and although the visuals aren’t quite up to speed with other mobile games on platforms such as iOS, this is pretty much as good as it has been for the Android platform to date.

After taking up the role of Commander Shepard, users can expect a pretty awesome roller coaster ride that delivers the usual thrills and spills. Users have the abilit to move without obstruction through large outdoor worlds, engage those who stand in their way with the usual swipes and taps. You can invoke a text book commando roll with a simple swipe and use good old stealth cloaks to move through the environment undetected before unleashing crippling melee attacks on opponents. 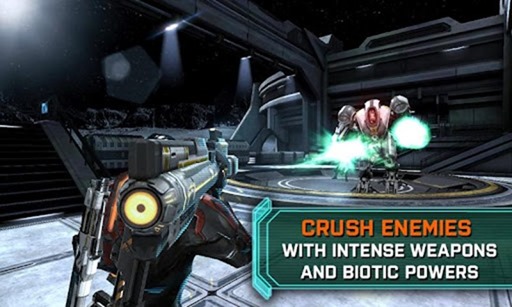 All in all, the gameplay, plot and plethora of weapons make Mass Effect Infiltrator a really excellent time filler for those moments when only your smartphone or Android tablet is available. The download size weighs in at 450MB and will set you back $6.99 in the Google Play Store.