Beginning with mere text chat back in the days of IRC, communicating online via voice and video has now become commonplace, and thanks to the likes of Skype and FaceTime, it’s never been so easy to have a face-to-face conversation with friends and relatives across the world from many different devices.

Given that FaceTime is a free feature on all iOS devices (as well as, of course, newer iterations of OS X), one might question the necessity for a developer to build a video chat app for Apple’s mobile operating system. After all, FaceTime is smooth, relatively lag-free, and of course, native. But ooVoo takes the idea of video communication and enhances it to greater heights – twelve-fold, you might say – since its latest update allows up to a dozen people to connect to the same group video conversation. 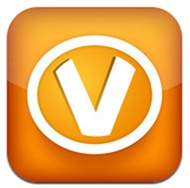 While Apple’s FaceTime, which came along with a plethora of other great new features in iOS 4 back in 2010, is undoubtedly one of the fruit company’s most-utilized software ventures, it only works for one-to-one chat, so if you want to have a group video chat with participants scattered all over the world, you’re pretty stuck. But ooVoo Video Chat, developed by ooVoo LLC, solves that problem with aplomb, and the service – as well as the app itself – is absolutely free of charge.

Along with video, you can also send text messages and make normal phone calls, and given that calling certain international numbers can be an exceptionally costly gig indeed, ooVoo provides the perfect antidote.

The app description notes there are already 46 million, which is exceptional, and the quality is also comparable to that of Apple’s very own service.

To get started with ooVoo, you’ll need an iPhone 4 or 4S, an iPod touch, or an iPad 2 / new iPad. Video calling can be achieved by using the iPhone 3GS, but since it doesn’t have a front-facing snapper of its own, you’ll have to use the rear camera – which will certainly be a little awkward.

Given that the original iPad doesn’t have a camera of any description, you won’t be able to make video calls on it, although handily, it can still be used to make voice calls.

As well as iOS, the Android version has also been updated to cater to the 12-strong video conference calling, a link to which can also be found below.

Download it, tell your friends about it, and happy video chatting!