While smartwatches are all the rage right now with Apple, Samsung and Motorola in particular all duking it out for the limited space on our wrists, Microsoft is instead sticking with the fitness tracker approach. Having already had limited success with the Microsoft Band, the software giant is now set to release an updated model, with its media event on October 6th looking like a likely date for the Band 2’s outing.

We might not have to wait that long to see what the Microsoft Band 2 will look like though, after Spanish site Microsoft Insider released what it claims are renders of the device, although they are yet to be verified. 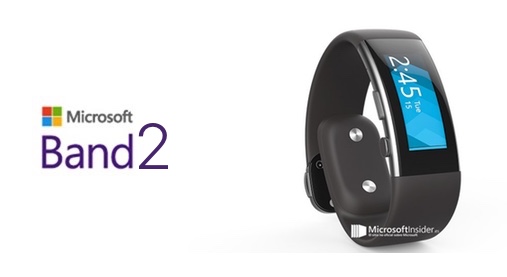 The renders appear to show a Microsoft Band 2 device that looks considerably better than the first generation Band that it is set to replace. Featuring a curved display and with a new metallic finish, the hardware in the leaked renders looks every bit the second generation of hardware, replacing the somewhat bland looks of the first Band release.

Backing up the renders is some independent claims that the new device will indeed feature a curved display, just as shown in the renders leaked by Microsoft Insider. With a couple of weeks to go before the Band 2 is officially debuted by Microsoft though, we are just going to have to wait a little while longer before we know for sure.

With everyone else working on smartwatches, it’s refreshing to see that the fitness tracking market isn’t going to go away just yet, especially with the likes of Microsoft sticking around in the face of what could have been a smartwatch-inspired armageddon.

Not to forget that Microsoft Band also supports notifications, text replies, Cortana and more not only with Windows Phone devices but also with iPhone and Android.