Microsoft has started sending out invites to press, inviting them to attend a Windows 10 hardware event to be held in New York City next month. The relatively plain looking invite inform that Microsoft has “some exciting news to share about Windows 10 devices”, and although it doesn’t explicitly state that a new batch of hardware will be announced, a number of insider sources and recent speculation has suggested the event will see a new batch of devices unveiled.

The invite itself makes a number of references to Windows 10, but is heavily expected to be hardware-centric. The software giant is expected to introduce the Surface Pro 4, as well as officially introduce the previously reported Lumia 950 and Lumia 950 XL smartphones powered by Windows 10 Mobile. In addition to a new tablet and two new smartphone devices, it is also being reported that Microsoft could have one more hardware based announcement in the form of a new Microsoft Band. 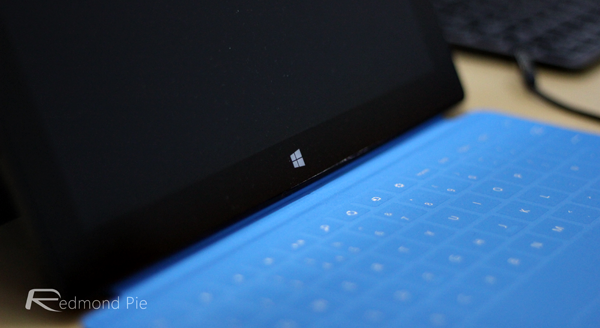 A number of historical Microsoft events and appearances, notably the company’s recent IFA display in Berlin, have proven to be somewhat of a disappointment for consumers who have been eagerly waiting for something new and fresh to arrive from the software giant. Consumers looking to purchase a PC/tablet/smartphone will want to pay attention to the event. 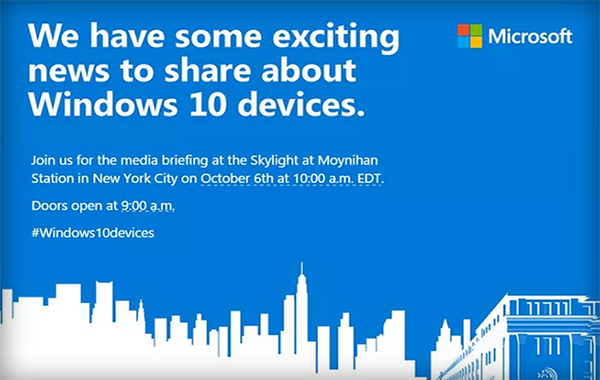 Potential specifications of the new Surface are sketchy at best, but with the Surface Pro 3 showing its age, it’s likely that a processor refresh will be served up at a minimum. There’s also the first official univeiling at the Lumia 950 and Lumia 950 XL to look forward to. Microsoft has thus far struggled to make a serious, lasting impact on what is an extremely saturated smartphone market dominated by iOS and Android-powered phones. The previously leaked renders and accompanying specifications of these two devices have shown us enough to believe that Microsoft could at last have a commercially successful smartphone range on its hands.

In addition to hardware, it’s also very likely that Microsoft will take some time to discuss Windows 10 in a lot more detail. If you’re a Microsoft fan, interested in the future of the company’s smartphone and tablet range, then October 6th is the date to make a note of. As always, we’ll be on hand to bring all of the news and unveilings as it happens.