Apple’s latest and supposedly greatest version of iOS has managed to divide opinion amongst those who have taken the plunge and installed it to their iPhone, iPad, or iPod touch.  There are success stories, but then there are plenty of consumers suggesting that iOS 9 has introduced considerable performance issues. If you fall into that category, then check out some of our hints below to help fix the lag on your iDevices and improve performance.

A large percentage of users are having an extremely positive experience thus far, and have even reported that installing iOS 9 has made their hardware more responsive, faster and provided them with additional storage space over iOS 8.4.1. Strangely enough, we’ve seen a wave of similar devices behave differently in terms of performance on iOS 9.0.

So if you are having performance issues on iOS 9, try the following tips to make your iPhone, iPad or iPod touch faster and more responsive under iOS 9.

Every new version of iOS comes equipped with a bunch of settings and configurable options that get buried away within the system. Some of these settings are extremely important, whereas others, such as the Reduce Motion integration, are user-specific and depend entirely on your own preference. By default, Reduce Motion is set to OFF, which means that the user interface is dynamic and animated throughout, this includes a gorgeous, subtle parallax effect on icons. Of course, this level of dynamic and animated behavior comes with a performance trade off for certain hardware.

To prevent the system from adding this level of effect to icons and other areas of the user interface you can enable Reduce Motion by heading to Settings > General > Accessibility > Reduce Motion, and toggling the switch to ON. 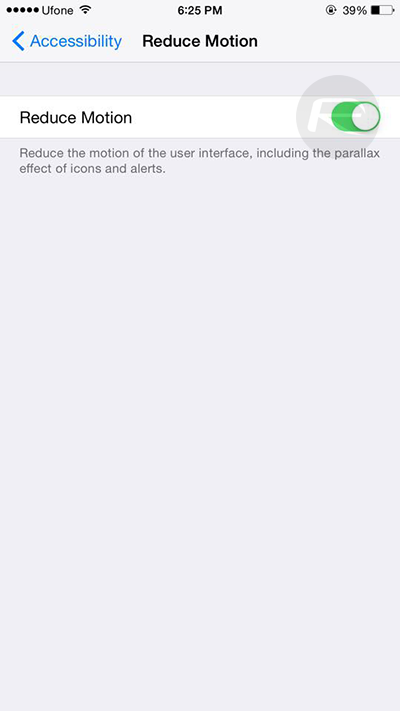 Some of Apple’s older devices may struggle to render the visual effects that iOS 9 wants to apply throughout. It’s all well and good having these subtle, eye-catching features throughout the system, but when they significantly hinder the performance and experience received then it can become extremely frustrating. Thankfully, features such as transparency, which improves contrast on some backgrounds to increase legibility, can be enabled or disabled at will.

You can reduce the transparency of backgrounds within iOS 9 by heading to Settings > General > Accessibility > Increase Contrast, and then toggling the Reduce Transparency switch to ON. 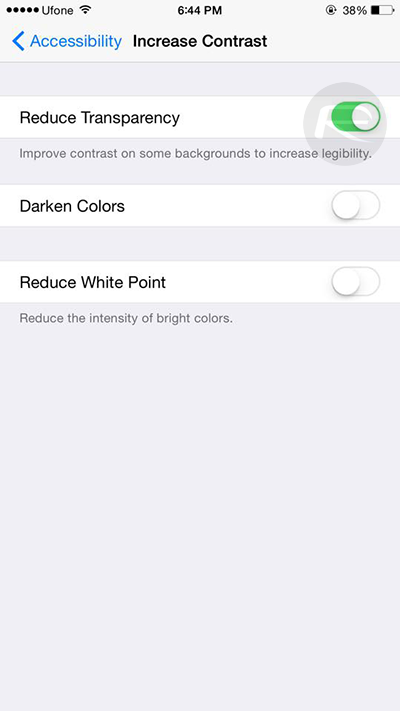 The ability to allow applications to fresh their own content in the background isn’t new to iOS 9. It’s a small feature that is extremely beneficial to app developers who can provide their applications with the ability to go and fetch new content even when the application isn’t active on the display. However, that level of functionality can be detrimental to the performance and battery life of the installed device. 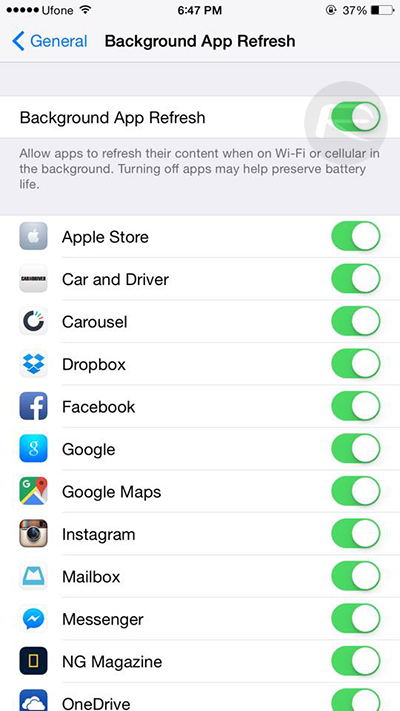 Siri has become ever more intelligent and capable as part of the iOS 9 refresh. That also means that Siri has become more power hungry and requires additional system resources as part of the assistant’s deeper integration into iOS. Siri Suggestions suggests apps, people, locations, and a lot more when you search. This is even offered up before you start typing. This feature can be great for modern devices, but can cause issues for certain hardware.

To disable Siri Suggestions navigate to Settings > General > Spotlight Search, and toggle the Siri Suggestions switch OFF. If you wish to leave it on, iOS provides the ability to remove apps from the search results. 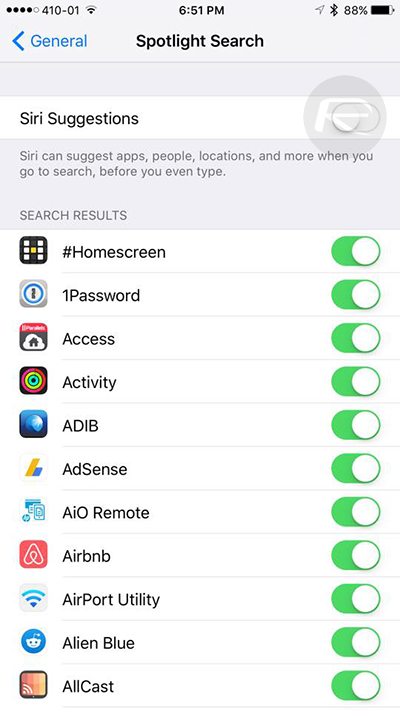 Restoring a device is generally considered one of the last resorts when it comes to attempting to resolve performance issues that are being experienced after a new version of iOS has been installed. However, it’s been found in the past that updating to the latest version of iOS via Apple’s OTA update mechanism can sometimes cause issues. Connecting the device to iTunes and restoring it will provide a fresh installation of Apple’s latest mobile operating system. Make sure to create a full backup of your data prior to doing this as everything will be wiped.

If you want to do a manual restore via the iOS 9 IPSW file for your device, then check out our post on how to do this here: Download iOS 9 Final And Install On iPhone 6, 6 Plus, 5s, 5c, 5, 4S, iPad, iPod touch [Tutorial].

This is is something of a long shot, but does have the potential to solve some of the performance issues that are being experienced with the initial public offering of iOS 9. iOS 9.1 is currently in its first pre-release seed, meaning that registered developers can download and install the next iOS release to devices right now. iOS 9.1 has been reported to provide some performance improvement over iOS 9.0.

Of course, a beta always comes with the potential of introducing new issues of its own, but it’s definitely something that’s worth trying if all else has failed. If you want to check out iOS 9.1, check out our post here: iOS 9.1 Public Beta 1 Available To Download Now.

Sometimes you just have to admit defeat and accept that you were better off where you were. Sometimes, the latest and greatest version of a mobile platform just doesn’t play well with older hardware. If you’ve tried everything listed above, and your iPhone, iPad, or iPod touch continues to suffer from performance and lagging issues, then it’s probably prudent to bite bullet, admit defeat and downgrade back to iOS 8.4.1 while Apple is still signing the firmware.

As you might expect, we have a comprehensive guide on how to do just that: Downgrade iOS 9 To iOS 8.4.1, Here’s How [Guide].