With less than a month to go until the purported announcement of the next-gen iPhone, Apple fans far and wide are gearing themselves up for what is undoubtedly the key date in their annual tech calendars. Unlike previous years, however, it looks almost certain that Tim Cook’s men will also introduce a cheaper, “iPhone 5C” to the fold, a device that will attempt to help increase market share in the West while also establishing a consumer base in developing areas such as India and China. Designer and developer Martin Hajek is certainly a well-recognized member of the Cupertino’s sparse following, and amid the anticipation of the iPhone(s), has created some mock-ups not only of the packaging, but also the announcement itself.

The plastic packaging Hajek has gone with for the iPhone 5C reminds us quite a bit of the iPod touch’s, and with nearly every facet covered in a bright, vibrant coloring reflective of the device’s own finish, consumers would be under no illusions as to which shade of the rainbow they’d selected.

With the iPhone 5S likely to arrive in the high-end, premium cardboard box once again, it’s more than likely Apple will wish to make a clear distinction between its two newest exports by packaging them up completely differently. If the iPhone 5C were to be afforded similar treatment to the high-end version, consumers could get the wrong idea and not see the significant differences between them. While Apple seems to have warmed to the idea of selling a cheaper iPhone – something we probably wouldn’t have seen under the leadership of Steve Jobs – the bottom line is as important as ever, and as such, the company will definitely be wanting to sell you the iPhone 5S over any other. 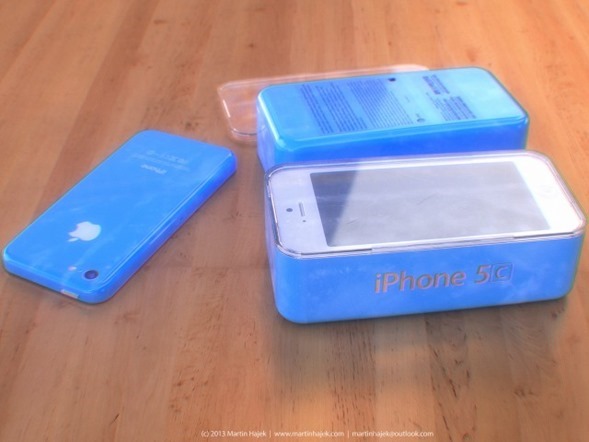 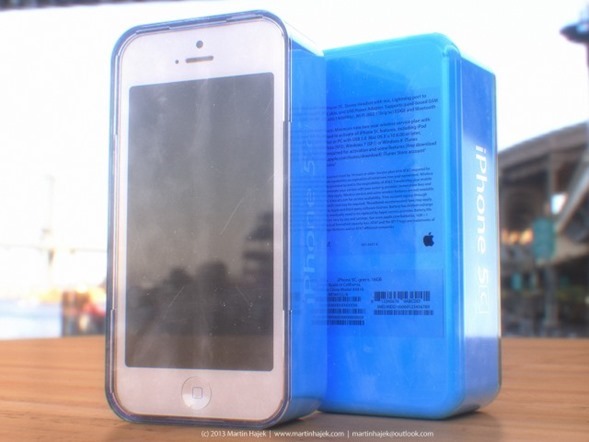 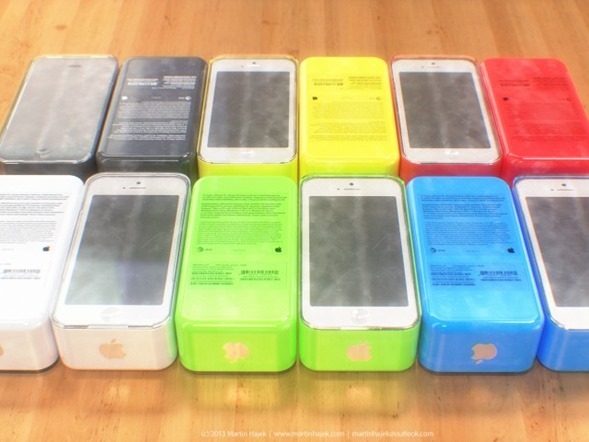 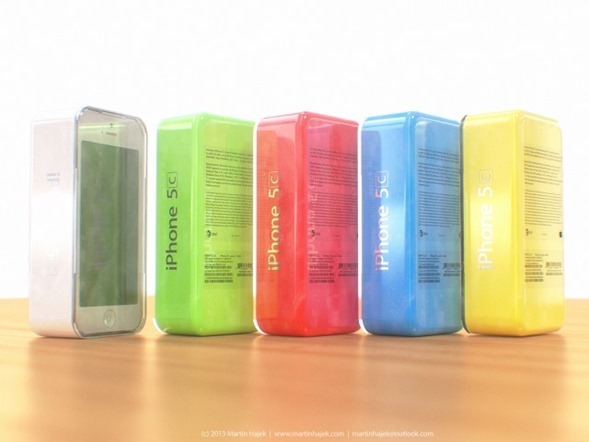 Thus, iPod touch-like encasing would seem most apt, and since the companies App Store-ready music player has continued to thrive with younger audiences, one suspects the colorful iPhone 5C may also appeal heavily to teens. 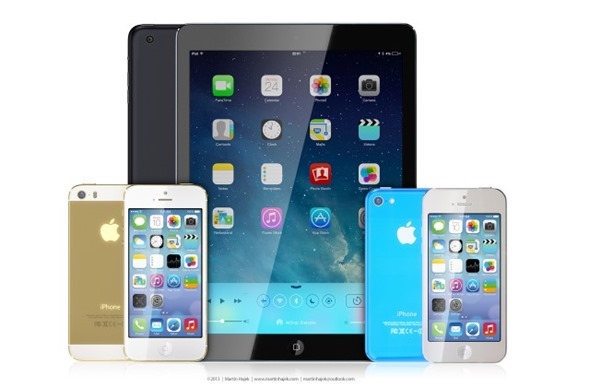 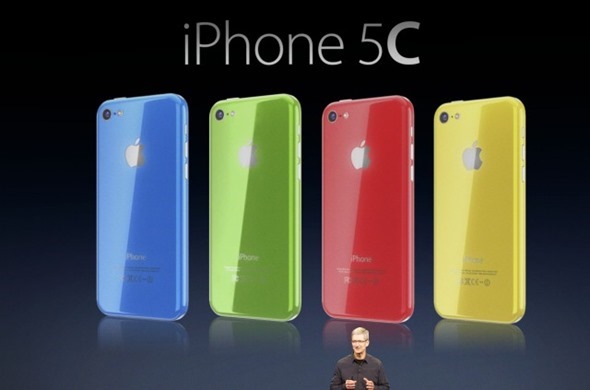 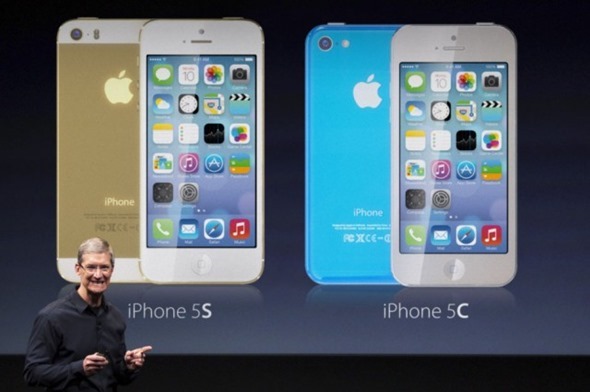 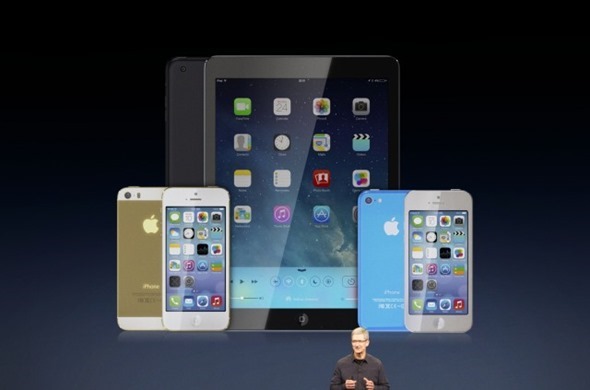 As well as the packaging, Hajek has also treated us to a very unofficial preview of the announcement ceremony. Seen in the snaps is Tim Cook, gleefully showing off the new iPhone 5C, as well as the iPhone 5S in that rumored champagne color configuration. For good measure, Hajek has also thrown in the iPad 5, and although we may have to wait, as per last year, for the iPad upgrades to be revealed at a later date, let’s just hope it does take its design cues from the frankly gorgeous iPad mini.