Microsoft’s Kinect peripheral, which allowed the kind of interactivity with its Xbox 360 console only previously seen in the Nintendo Wii, went down a storm with consumers, becoming the fastest-selling gadget of all time when it launched back in 2010. Like all good new tech releases, it’s hard to believe the Kinect motion sensor hasn’t even reached the two year mark yet, and talk of its successor has been fairly prevalent for the past couple of months now.

The Redmond company is suspected to be toying with the Kinect 2, with the rumor mill projecting its release as coinciding with the next-generation Xbox console. To add a little spice to proceedings, an image purporting to depict the image quality of the device has leaked via Twitter.

Twitter user SuperDaE shared the image of the Kinect 2 working its magic, and as you can see from the shot – which we’ve reposted below – it looks as though the Kinect 2 offers a much more in-depth and detailed look at its subjects, as to be expected. The image shows what looks to be a man standing next to a child, and although little is known of SuperDaE, it’s certainly a believable coup.

He (SuperDaE) says the image was taken on the software maker’s "Durango" dev kit, which is doing the rounds between those developing for Microsoft’s next-gen Xbox. TheVerge has had correspondance with a developer working on Durango, who has confirmed the images are legit, and are a part of a test sample. Although work on the next-generation Xbox console is, unsurprisingly, very hush-hush, "Durango" is thought to be the codename referencing the device. 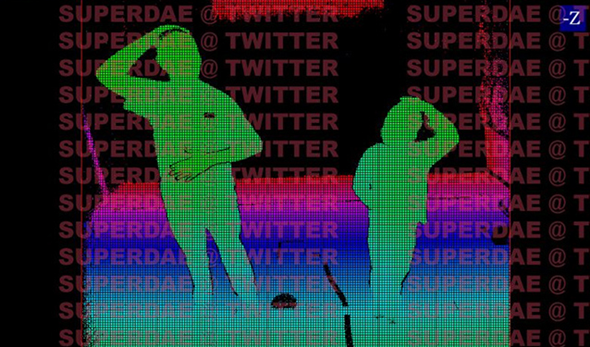 Various console-bent media outlets have suggested the Kinect 2 will be vastly improved in terms of capture quality, and that forecast would appear corroborative with these leaks. On top of that, the next Kinect will reportedly be able to detect users from farther distances, as well as house the ability to notice even the slightest movements for a more intricate all-round experience.

Microsoft’s Xbox 360 console currently leads the way in the console market, and despite taking control from the once-dominating PlayStation 3, it certainly seems the company has no plans to rest on its laurels. Kinect has been a revelation since consumers first set eyes on it, and if Kinect 2 manages to emulate that success, it will certainly push Microsoft even further away from the chasing pack.