Listening to an all-star podcast interview which involved iPhone devs like Comex, Planetbeing, Chpwn and iH8sn0w who are working on jailbreak and unlock scene, there was this question which the hosts asked the devs about when is the iPhone 4 and iOS 4.x jailbreak is expected to be out. While no specific release date was given, they did said that jailbreak is “pretty close to done”. They are now waiting for Saurik (creator of Cydia) to fix couple of loose ends before it is released. iPhone 4 unlock on the other hand is 100 percent done and is waiting for jailbreak to be released. 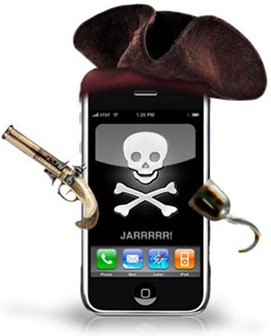 The exact answers were..

Question: When is the iPhone 4 Jailbreak and Unlock is going to be released?

Comex: You will have to ask Saurik if he’s done with that bootstrap yet. Like I hate to say this because people will be complaining, but it is pretty close to done.

PlanetBeing: Unlock is done. Just waiting for the jailbreak to be released.

Chpwn: The jailbreak definitely needs a lot of testing before it is released, to make sure it works on everybody’s phone, and that there are no issues like Spirit had where it deleted all of your photos in the first few days of the release.

So there you go.. it is nearly finished, and hopefully will be released very soon. You can listen to the whole interview on iTunes here, or just skip to 43:45 to hear the part where this question was asked.