This will erupt lots of cries and disappointment but this was important to post as I know many of you have been really looking forward to it. Contrary to the popular believe that the new Spirit like all iOS device jailbreak will be released this weekend, the most vocal of all iPhone Dev-Team members MuscleNerd has confirmed that the new jailbreak wont be released today. This slight delay is because of some of the important iPhone 4 apps like FaceTime which are having issues after jailbreak. As MuscleNerd rightly said, there is no point in releasing a half-baked jailbreak tool which causes issues for the end-users. 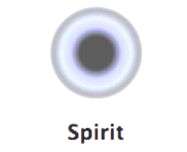 Not to make it a daily thing, but since somehow people thought it would be today: the new JB+unlock won’t be out today

Some of these issues were also mentioned by Saurik in his recent interview which can be seen here. Lets hope that all these issues are quickly sorted out so that we can finally have a working jailbreak (and unlock) for iPhone 4, iPhone 3GS (new bootrom), iPad on iOS 3.2.1 and iPod touch 3G / 2G (MC models). [via Twitter]