New iPad (3rd-Generation) Has Been Jailbroken By Dev-Team [SCREENSHOTS]

The loyal and devoted jailbreak community has become used to being involved in numerous roller coaster rides when it comes to new devices and software being released and the pursuit of a jailbreak, after all, isn’t the chase all part of the fun and the thrill of the ride? I came pretty quickly to the realization in my life that everything worth doing or achieving is worth waiting and working for. A victory which is handed to you without any fight or passion expended cannot be classed as a victory at all, in my opinion.

I can only imagine the feeling of joy and satisfaction when researcher Pod2g and his team of developers finally cracked the A5 device puzzle and were able to produce and release the Absinthe jailbreak tool which allows total untethered liberation on the iPhone 4S and iPad 2, powered by Apple’s A5 processor. The celebration was short lived however, with Apple taking over San Francisco to announce the release of the new iPad, powered by a new A5X processor and running the new iOS 5.1 firmware. A fabulous announcement for Apple and iPad fans, but meant a trip into the unknown for would be jailbreakers and the Dev-Teams involved in jailbreak software production.

One extremely talented, but often overlooked developer who is fleetingly involved in the jailbreak scene is German based Stefan Esser, more commonly known as i0n1c in online circles. Esser has previously been responsible for research and work which ended in a jailbreak for iOS 4 which spanned three software updates and was heavily involved behind the scenes in the production of the Absinthe based jailbreak. I0n1c has once again been showing off his jailbreak ninja skills, first of all by being the first to showcase a jailbreak for the iPad 2 running iOS 5.1 and now the show has shifted towards the iPhone Dev Team’s front man MuscleNerd, who has successfully jailbroken the new iPad in its full glory running iOS 5.1. He posted two screenshots on Twitter showing off the new iPad running the latest build of Cydia, which is 1.1.5: 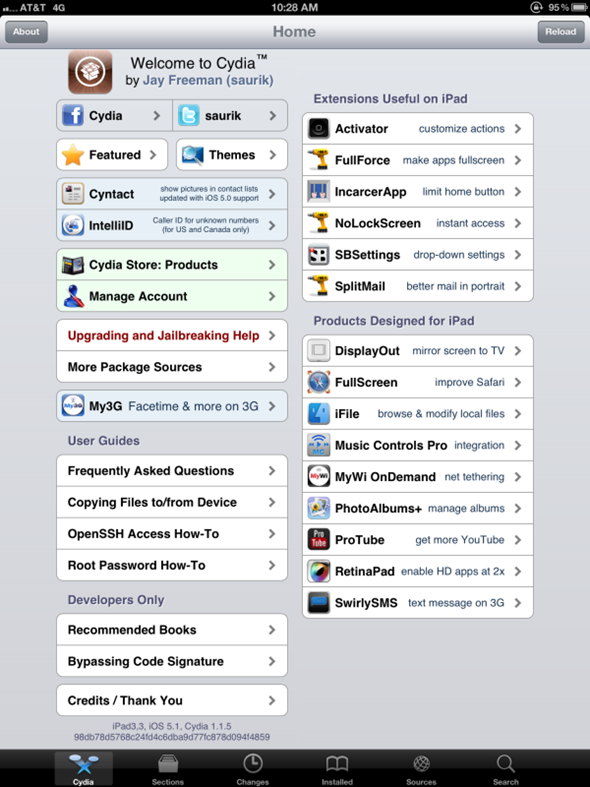 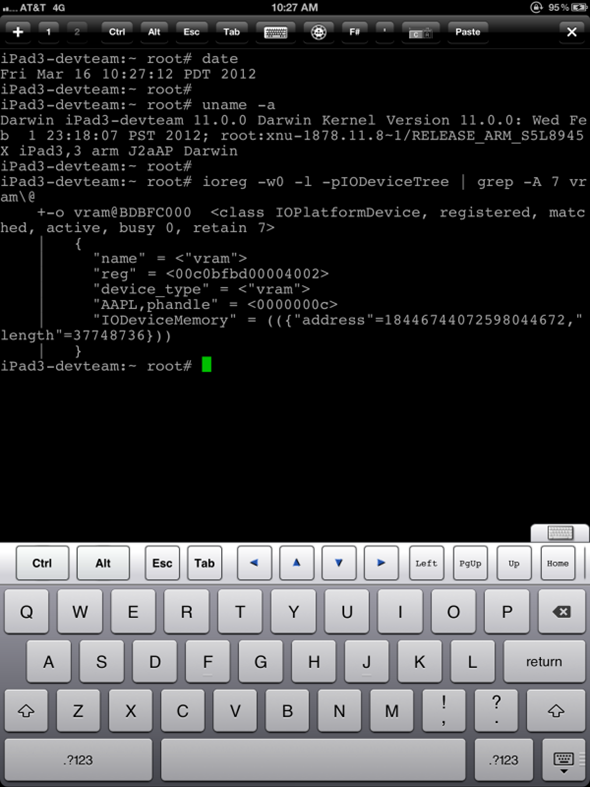 We hardly had a chance to get past the new iPad settling in period before MuscleNerd used his skills to bypass Apple’s restrictions and get our beloved Cydia working, but we certainly aren’t complaining. In the past, the developers have gained themselves a bit of a reputation for trolling the jailbreak community, making references to things in order to plant the seed that something is more than it actually is, but the evidence of the iPad 2 and new iPad jailbreak on iOS 5.1 before us, meaning that it shouldn’t be to long until we see a public release, though there is no official ETA on it, just yet.

In the meantime, for those of you who own A4 devices (like iPhone 4, iPad 1, iPod touches) can jailbreak the latest iOS 5.1 (tethered) by following the instructions posted here to jailbreak using Redsn0w, or here using Sn0wbreeze. For jailbreaking iPhone 4S and iPad 2, you can simply follow our step by step tutorial posted here to jailbreak iOS 5.0.1 using Absinthe on Windows or Mac. Those of you with an iPhone 4, 3GS, iPad 1, and iPod touches can use Redsn0w or Sn0wbreeze to untether jailbreak on iOS 5.0.1.