iWindows Jailbreak Tweak Lets You Run Windows 7 On Your iPhone, Kind Of

You know the feeling – you’ve just picked up your brand new, shiny iPhone 4 from one of Apple’s immaculate stores, but there’s something missing, something intangible, but you can’t quite put your finger on it. You tap and swipe your way effortlessly around the iOS interface, but it’s just not right. It needs something. That’s right, it needs more Windows! (No, it doesn’t, really)

If that rather bizarre and somewhat troubling psychotic episode had ever befallen you, then you’re in luck, because a new jailbreak app has you covered.

Unimaginatively named ‘iWindows’ and currently available for zero dollars, pounds or any other currency via the Cydia app store under the BigBoss repo, this little app offers the Windows 7 interface we’re all familiar with, along with a ‘Chrome’ flavored web browser for, well, browsing the web.

Of course, this isn’t actually Windows 7, and it doesn’t actually work properly, its rather an emulation of the real thing for entertainment purposes. 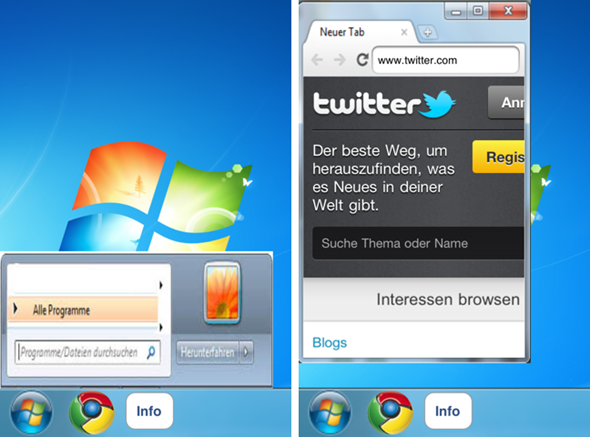 While the built-in web browser does admittedly work to a degree, don’t expect Safari-like performance out of it. Pages to render, though the app’s odd resolution can result in some strange occurrences – none of which we care to repeat.

The only other button inside iWindows is the ‘Info’ one that simply displays information about the app’s developer. Riveting stuff, indeed.

While iWindows won’t be of any real use to anyone, it does have a certain charm, and it’s always cool to be able to tell people you have Windows 7 on your iPhone even if it is, ultimately, pretty pointless. But its somewhat a good pass time and an element of showing off isn’t it?

Before you jump on the iWindows bandwagon, you need to have a jailbroken iPhone with you. You can follow our step by step guide posted here to jailbreak your iPhone, iPad or iPod touch on iOS 4.3.5 using Redsn0w (or PwnageTool), or on iOS 4.3.3 using Redsn0w, PwnageTool, Sn0wbreeze & JailbreakMe (that last one being the easiest).