Is This A Leaked Image Of The Galaxy S III? This Time YOU Be The Judge!

With the anticipation for Samsung’s Galaxy S III reaching fever pitch, the predictable influx of supposed leaks is in full swing.

Following on from Samsung’s immensely-popular Galaxy S II, the expectation of the device cannot be underestimated. We’ve sifted through quite a few images purporting to depict the next best Android device – some which do look plausible, while others fail to convince.

The very latest – courtesy of OPDA – unfortunately falls suspiciously under the category of the latter, and while nothing can be written off, this does have most of the hallmarks of a fabrication. One would have thought – and hoped – that such an exclusive, significant leak would also be accompanied by more details on the device itself, but such information was strangely bereft.

We’re presently led to believe the device – which has already been pre-ordered in excess of 10 million times through channel partners – will include a 4.8 inch, full HD 1080p display with 16:9 aspect ratio. It’s thought to be powered by an impressive 1.5GHz quad-core Samsung Exynos processor, include a 2-megapixel front facing camera, with the main snapper boasting 8 megapixels – just as Apple’s iPhone 4S does. 4G LTE connectivity would seem a foregone conclusion, and the device is said to be housed in an all-new ceramic casing. 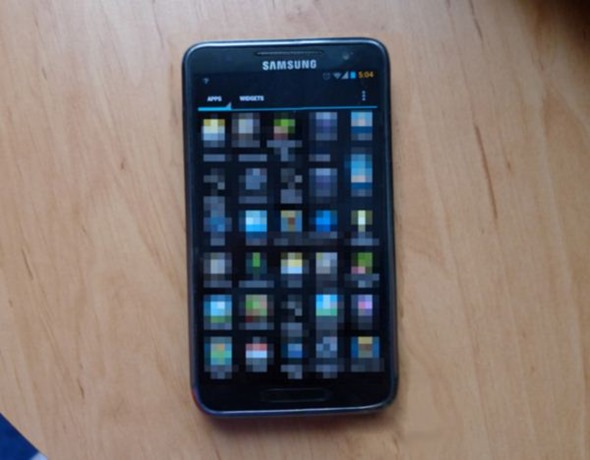 Aside from the omission of those all-important tech specs (this is, presuming the leak is legit), the image is riddled with imperfections and tell-tale signs that it is not the Samsung Galaxy S III. The Samsung branding atop the screen overlaps, while the display looks somewhat uneven/wonky compared to the device itself. Under even closer scrutiny, the blue line above the top icon row is clearly broken, and even when a product is at early beta stage, these snags are not characteristic.

Testing units for carrier partners are said to be shipping under heavy disguise in order to prevent the vulture-esque tech world from getting their eyes/hands on it prior to the announcement. With rival Apple managing to nearly always keep a veil of secrecy over new products until the eleventh hour, the Korean LCD specialist appears to be following suit.

We cannot be entirely sure that this leak is not the Samsung Galaxy S III, but we severely doubt it.

As the title of this post says, you are the judge for this one. Drop your thoughts on the usual mediums given below.