Phillippe Starck, a highly-regarded and respected contemporary designer, has revealed in an interview that he’s been aiding Apple with a new product set for release in the next eight months, which he describes as being "revolutionary".

In the interview with French radio channel France Info, he categorically refused to disclose any further details, naturally. Apple always keeps those in possession of sensitive information sworn to secrecy, and Starck wasn’t about to break this by giving even the slightest hint. 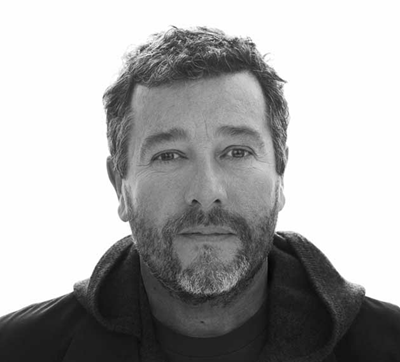 According to a translation, Starck said:

Indeed, there is a big project together which will be out in eight months, [which is] quite revolutionary.

Of course, our instincts goad us to suspect Starck is referring to the heavily rumored connected TV effort Steve Jobs is said to have "cracked," as first revealed in Walter Isaacson’s biography of the late, great innovator. Starck said met regularly with Apple’s co-founder before his untimely death last October, and now meets with Jobs’s widow, Laurene Powell, whenever he travels to California.

Since we’re four months into the 2012, if my math serves me well, the eight month projection would suggest a release just in time for the holiday season of the unspecified product. If the product is, indeed, a form of the Smart TV set, it would tie in nicely with what analyst Peter Misek of Jefferies – a global securities and investment banking group – said last week upon increasing his price target for AAPL stocks to $800. Misek believes a TV set from Apple is to materialize sometime during the last quarter of this year, and backs his story up by pointing out that Foxconn and Sharp have just cemented a deal of around $800 million bucks, which could be the nucleus of production. He also noted that Apple could be doubling the size of its North Carolina data center in preparation, but his claim remains unconfirmed.

Starck has worked on a variety of different products in the past, which doesn’t really help when trying to ascertain the details of the secretive project. He has designed everything from toothbrushes and motorcycles, to interior furnishings and windmills.

As well as the proclamation that he had "cracked" the connected TV market, Jobs also used the word "revolutionary", noting it would include "the simplest user interface you could imagine."

It’s important to keep an open mind, since Starck could also be working on the next iPhone, so we’ll have to wait, as usual, on an apparent whim for more information.