We’ve seen plenty of leaks of the low-cost iPhone 5C‘s rear shell; so much so, in fact, that it’s almost as if Apple has already announced it. But while we may have seen it compared with the likes of the iPhone 5, we haven’t seen how it will potentially cope with those everyday scrapes and bumps, but Taiwenese blog Apple Daily has come through with a video that shows the back cover being put to the sword. Lining up to test the resolve of the iPhone 5C’s rear housing includes a collection of your day-to-day smartphone nemeses, including keys and coins. How did the soon-to-be-released handset fare against a tidal wave of objects? Find out after the break!

To test its durability, Apple Daily placed the shell inside a plastic bag along with a key and some coins for company. Ensue some rather forceful shaking, and although one might have expected to see some damage, the case emerged unscathed.

Apple Daily then focused its attention on the key, attempting to scratch the case as if cutting through a block of cheese. Again, the iPhone 5C cover managed to escape without any real harm being done, and while the polycarbonate shell is seen by most as a trade-off when considering the lower-end model, the ease in which materials like anodized aluminum can be damaged means that, despite the cheaper finish, iPhone 5C won’t need to fret so much about those niggling scratches and dings. 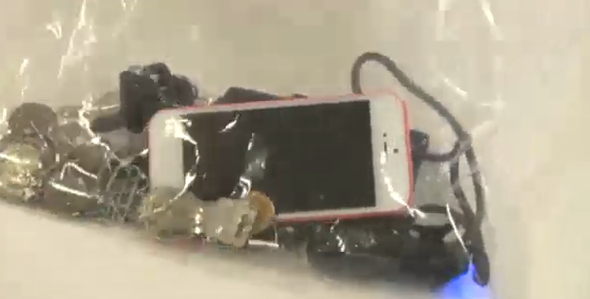 Apple Daily also made some caliper measurements of the case, determining that the iPhone 5C is 124.55 mm tall and 59.13 mm wide. This ties in nicely with what we’ve been hearing, and although the iPhone 5C will be thicker than the iPhone 5 / 5C, the material of which it is comprised means this cannot be helped. 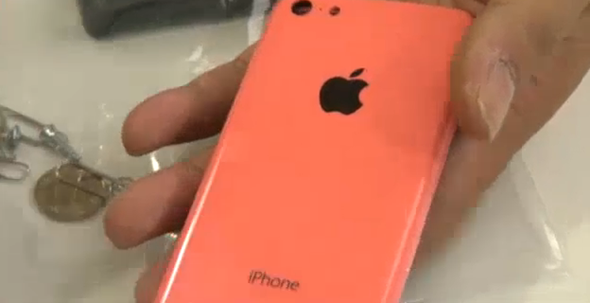 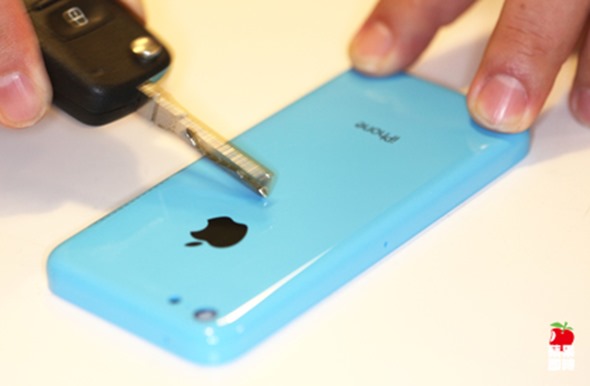 Apple Daily’s report also offered a sneak peek of the iPhone 5S’s rear shell, which, rather unsurprisingly, is similar to that of the iPhone 5, barring an additional slot for the purported dual-LED flash. 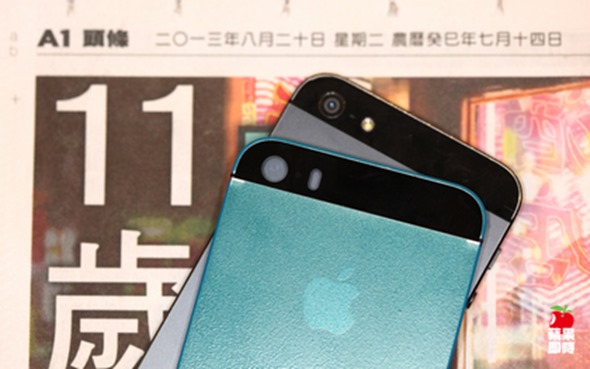 The iPhone 5S and iPhone 5C are expected to be unveiled on September 10th at a special press conference, with release anticipated for two weeks later. We’ll have all of the details as they continue to trickle through, so stay tuned!