Samsung regularly goes above and beyond the call of duty with its flagship Galaxy S range, and the release of the Galaxy S4 earlier on this year was no different. An impressive array of hardware was backed by the kicker of some killer software features, and among them was Group Play, an implementation allowing a party of S4 owners to use their devices as a collective of speakers. Ideal for parties and general get-togethers, Group Play has proven to be relatively popular in circles of S4 owners, but if you’ve been feeling a bit left out from the crowd, a new duo of Play Store apps by the names of SoundSeeder Music Player and SoundSeeder Speaker bring a very similar experience to those not currently in ownership of Android’s poster child.

Provided all devices are hooked up to the same Wi-Fi hotspot, SoundSeeder Speaker allows you to increase the volume by incorporating the speakers of each handset. The app supports a plethora of your typical audio formats, and while the SoundSeeder Music Player appears rather bereft when you first open it up, its trump card lies within its abilities to help bring a richer, stereo sound by combining the powers of the distinctly average speaker of the S4. 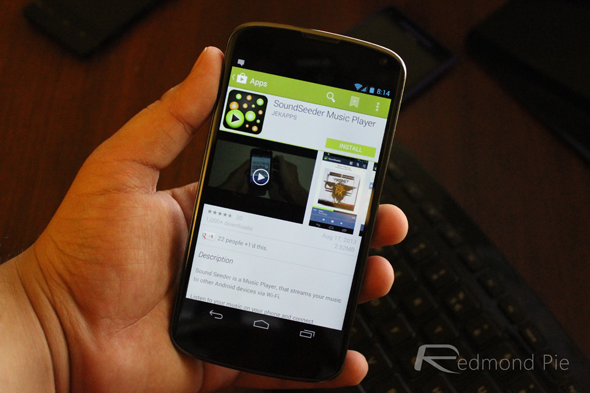 The music player and speaker apps must both be downloaded for the best experience, as both work as a team to create that Group Play-esque functionality to any Android. Once both apps have been downloaded on devices sharing a Wi-Fi network in common and a group name has been established, the apps then begin the process of linking together. 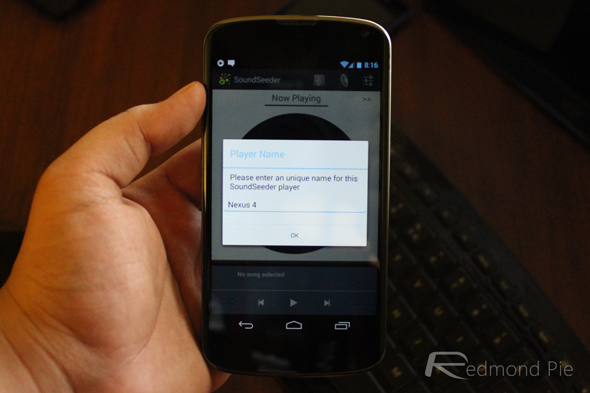 Once SoundSeeder has worked its magic, any user can then fire up the Music Player wing of the service and begin enjoying tunes at maximum volume. Of course, it would be better if the feature was native, and since the apps operate a freemium model, you are going to have to pony up a small amount of cash in-app for full-on, no-strings enjoyment. The free version will shut you out every four minutes, from which point you’ll have to restart the connection process, but if you’re willing to pay, this limitation is removed. 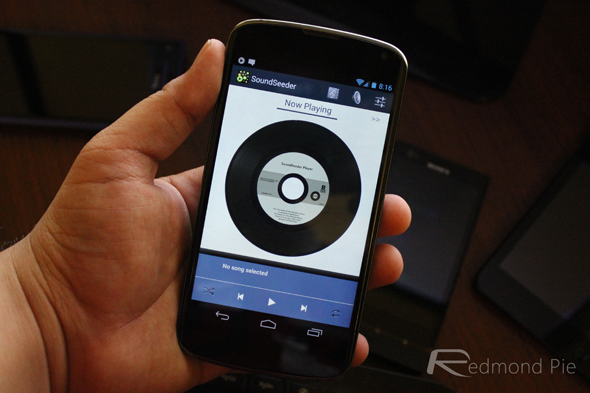 Hey, it still works out a great deal cheaper than actually buying a Galaxy S 4, and you can check the SoundSeeder package out now via the links below!

(Download: SoundSeeder Music Player and SoundSeeder Speaker for Android on the Play Store)