While clamshell devices have been regarded by most consumers as a distant memory in today’s mobile world, Samsung simply will not let the form factor drop. We’ve already seen and heard quite a few reports out of Korea suggesting the S4-maker was planning to release a series of flip phones, and today, a short while after announcing the Samsung Hennessy, the company has announced the Galaxy Golden. It features two displays, the antiquated flip styling, and, all told, a fairly decent set of hardware specs. Details after the break!

There’s little debate that the day of the flip phone has come and gone. Many products and styles see a successful second coming, but with the single touch screen now the de facto form factor for the smartphones across the board, it would seem as Samsung’s Galaxy Golden is perhaps a decade too late. 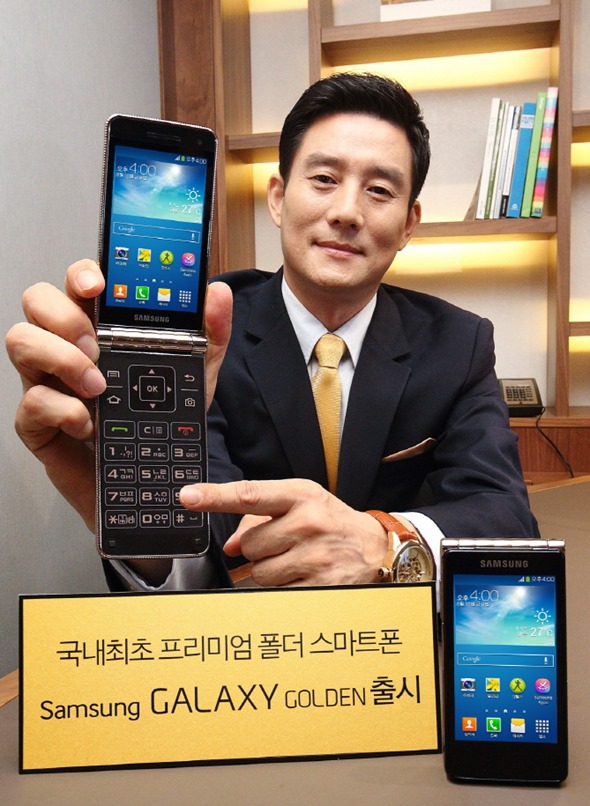 Yet, while the look of the device may present something of a throwback, the hardware within is very much of the present day. Both displays are 3.7-inch in diameter – think: bigger than iPhone 4S, smaller than iPhone 5 – and are of the Super AMOLED variety. The device boasts a 1.7GHz, dual-core SoC and an 8-megapixel camera, both of which are more than adequate for a mid-range handset.

While this device probably wouldn’t much, if any joy in the Western market, some areas of Asia are still regular consumers of flip phones, and considering the Galaxy Golden also includes features such as an S Health-ready a pedometer, it’s like a slightly endearing mixture of old and new. 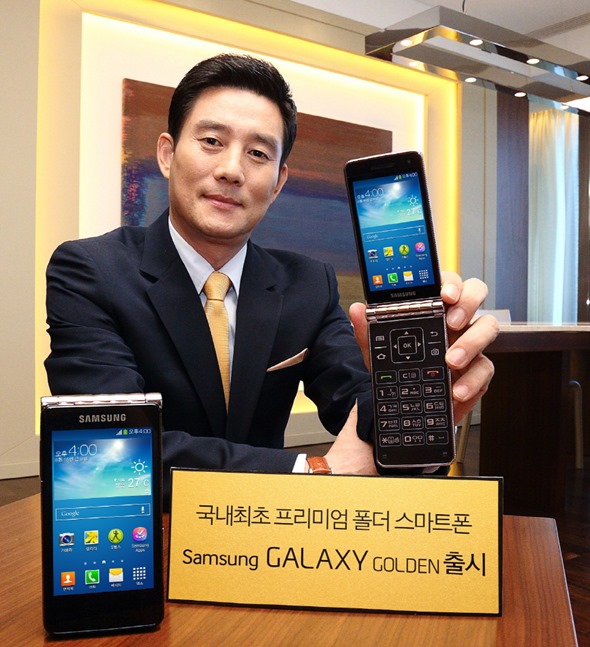 With features like “easy mode” made to appeal to those less technically proficient, it could perhaps appeal to those who remember the days when mobile phones were a little less bamboozling  although with an asking price at the equivalent of  $700, might be a difficult sell.

While we’re on the topic, would you buy a flip phone such as the Galaxy Golden, provided it had all of the features to which you have become accustomed? Does the design bring back some fond memories of the days when devices were less smart and more, well.. dumb, or would you rather not be reminded?

Do leave your comments via the usual mediums below!