Hah, As if we didn’t know this already! DisplayMate conducted an indepth review/analysis of all major smartphone displays (namely: iPhone 4, 3GS, Galaxy S, Droid, Nexus One) to test which display had the best overall quality. And the results are in. 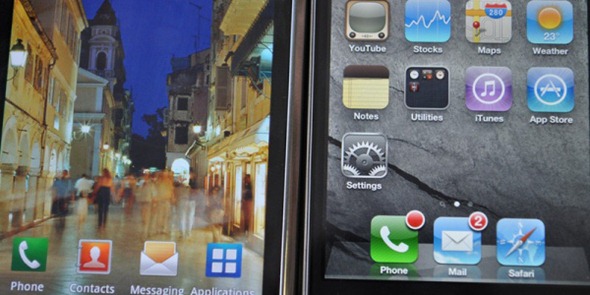 There is no decisive winner as each of the three “Super” displays significantly outperforms the others in more than one important area and significantly underperforms in other areas.

The iPhone 4 by far has the brightest and sharpest display and is the most power efficient of the displays. The Motorola Droid by far has the best picture quality and accuracy. The Samsung Galaxy S by far has the lowest screen reflectance and largest Contrast for both bright and dark ambient lighting, and the best viewing angles.

On the flip side, the iPhone 4 has a weak color gamut and viewing angles, the Motorola Droid has weak screen reflectance and viewing angles, and the Samsung Galaxy S has lower brightness, excessive color saturation, higher power consumption and some sharpness issues. 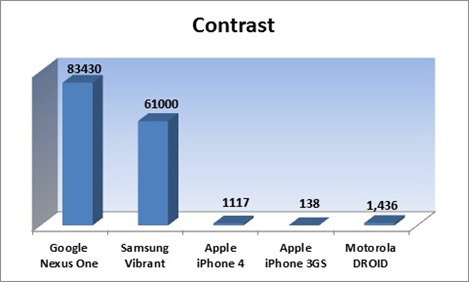 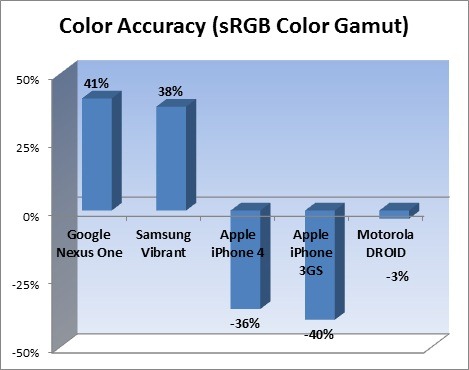 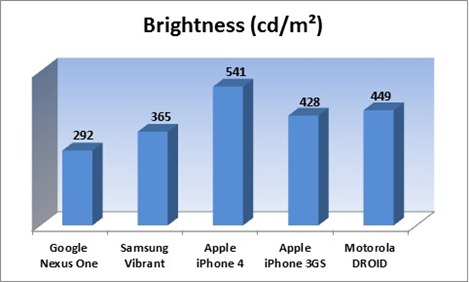 So while the iPhone 4 didn’t have the best color range or viewing angle, it still won over Galaxy S’ Super AMOLED, Nexus One / Droid’s AMOLED and iPhone 3GS’ LCD display.

I’ve personally used all the phones mentioned and while I own an AMOLED-toting HTC Desire myself, I agree with DisplayMate on the fact that Retina Display is the best overall. It’s just too gosh-darn sharp and bright for me to care for Galaxy S’ contrast ratio or viewing angles. [Electronista, PCMag via DisplayMate]