iPod touch 4G was announced only a few days back at Apple’s annual “Special Media Event” in San Francisco. Even though the new “touch” has got two cameras: one on the back for HD video recording and one on the front for FaceTime calls, 960 x 640 Retina Display and all, but the fact that the camera on the back can only take still shots at 0.7 megapixels was met with disappointment by many.

And now, 9 to 5 Mac has discovered that the Retina Display on the new iPod touch also may not be of the same quality as the one found on iPhone 4. If you check out the technical specs of the iPhone 4 and iPod touch 4G on Apple.com, you will notice that “Retina Display” and “Contrast Ratio” (IPS) bits as used in the iPhone 4’s Retina Display which enables the user to view the screen from tight viewing angles is missing from iPod touch 4G. 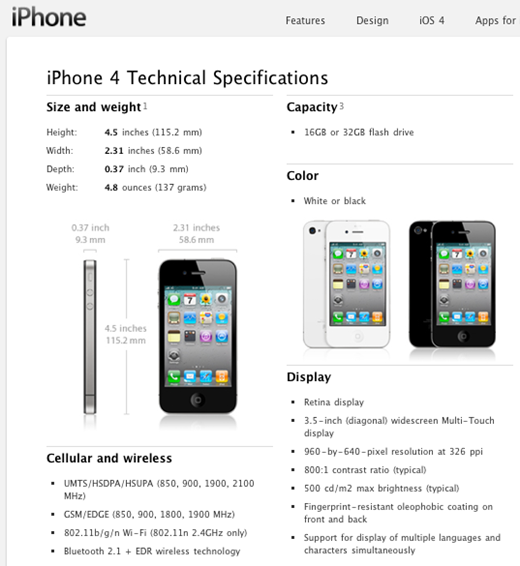 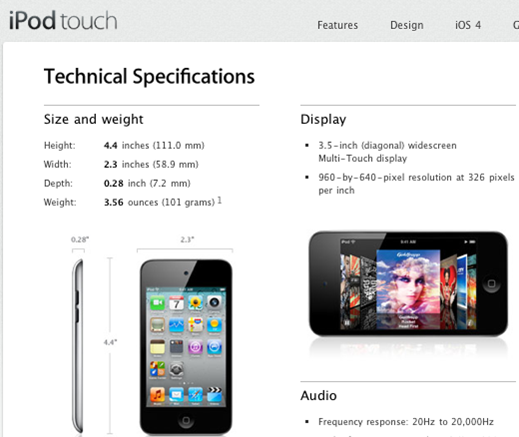 You can also see this difference in the video embedded below. Skip all the way to 00:15 and you’ll notice that the screen of iPod touch 4G looks washed out compared to the one on iPhone 4.

So what do you think? Is the screen used in iPod touch 4G the same as the one used in iPhone 4? or is it just a stripped down version with the same pixel density, but not as good contrast ratio? [via 9to5Mac]