iOS 4 Will Have Facebook Integration in Photos / Camera Roll App

There are a number apps which allows us to upload our videos to Facebook via an iPhone or iPod touch. But a native option for this which is built right in to the OS will be something that we all will love to have. According to a piece of code found in iOS 4 GM candidate, it looks like that built-in Photos/Camera Roll app will most probably support uploading of videos directly to Facebook, alongside the existing YouTube, MobileMe, MMS and Email Video options. 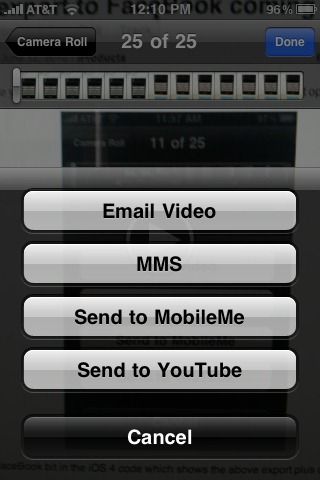 And here is that piece of code which hints towards the possibility of Facebook share option coming to iOS 4. 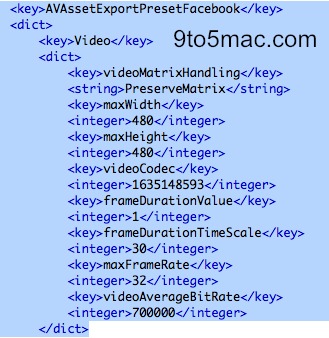 So should we expect this feature to hit our iPhones and iPod touches when the final version of iOS 4 is out on June 21st? Or is this one of those hidden features which will only pop-up on iPhone 4? Like Steve said in his WWDC 10 keynote address that iOS 4 has 100s of new features, so is this one of them? Well I guess we will have till June 21 to find an answer to this one. [via 9to5Mac]