Apple’s iOS 15 is now reportedly running on almost 90% of devices almost a year after the software was announced.

The software was made available to customers in September of last year and Apple confirmed that 72% of iPhones released in the last four years were running the update as of January 2022.

Now, numbers shared by Mixpanel suggest that has increased to 88.9%, although those figures are taken from uses of apps and visits to websites that use the company’s mobile analytics software. That means that the result should perhaps be taken with caution, although it’s still a notable data point.

Apple’s iOS 15 hasn’t been as quickly adapted as iOS 14 with the reasons for that largely unknown. It could be the relatively small changes that the update brought to users, but that could change when iOS 16 is released later this year.

The new update, which is expected to debut next week, will reportedly feature a new lock screen, improved apps, and more. Big changes are also expected for iPadOS 16 with a new multitasking interface rumored to be on the horizon. 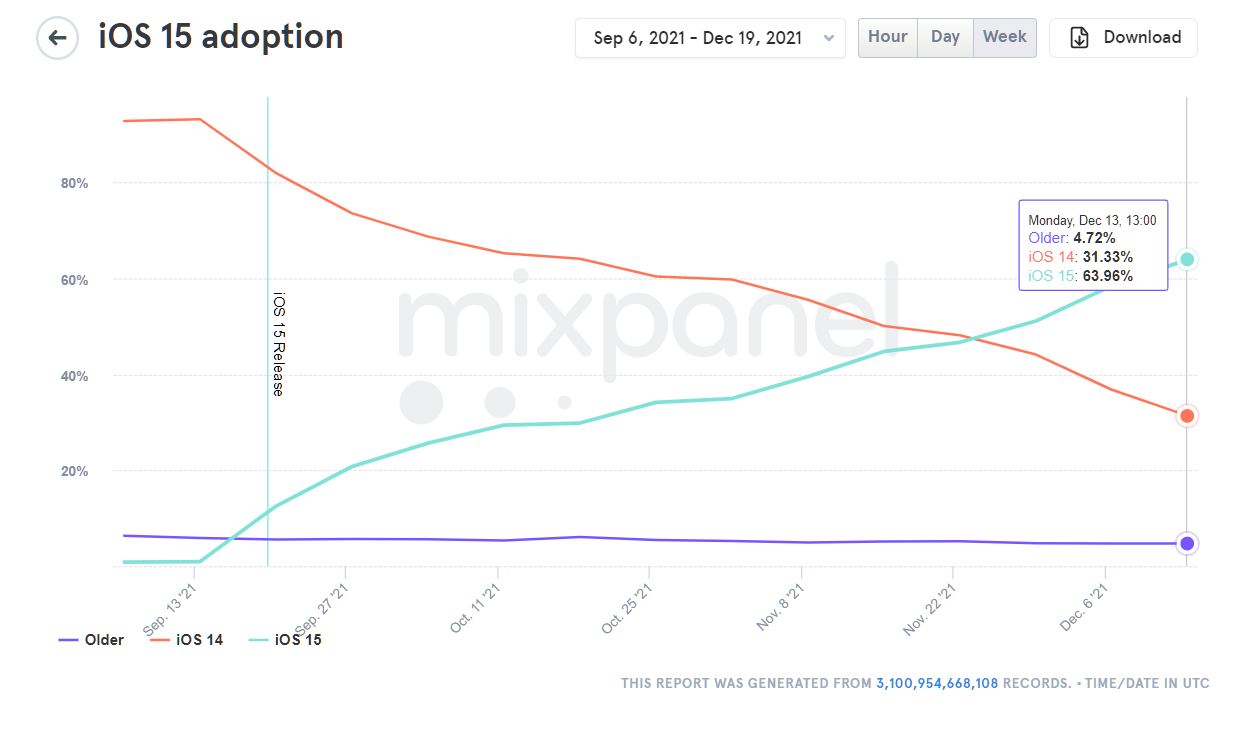 Apple will announce iOS 16, iPadOS 16, tvOS 16, macOS 13, and watchOS 9 next week if previous WWDC events are any indication. The company will likely make the first developer betas available on the same day, while the official releases will no doubt have to wait until September — around the same time Apple also releases its iPhone 14 lineup.