How To Prepare For iOS 16 Beta 1 Install

Apple is now less than a week away from making iOS 16 available for developers to download in early beta form and expectations are already high. 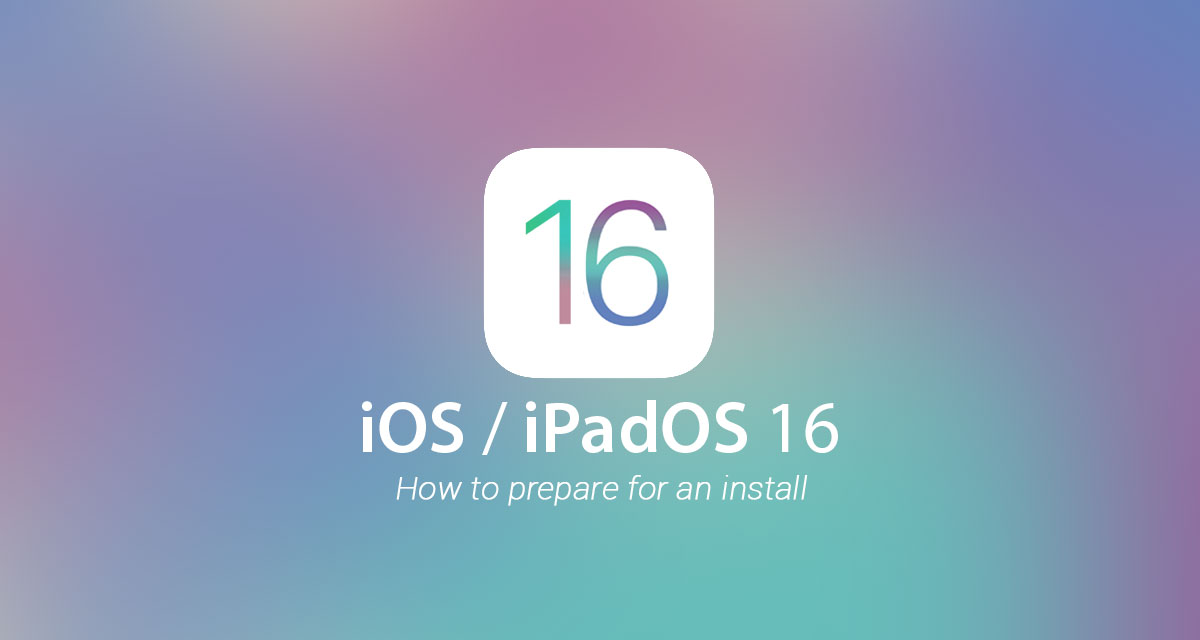 While Apple will of course release a public beta version of the update in due course, those who want to be able to test it immediately following the June 6 WWDC opening keynote will need to be a developer.

The process of getting yourself up and running and ready for the big iOS 16 beta 1 release isn’t a complicated one, but there are some steps that you need to follow ahead of time, especially considering the fact that this is an early beta and anything and everything could go wrong.

With that said, let’s dive into it.

Step 1: Make sure to back up your current iPhone. This is the very first beta release of a brand new update and, as a result, it’s prudent to expect that things will go wrong. With that in mind, a full computer-based backup is a good idea — not just an iCloud one.

Step 2: Sign up to become a developer via the Apple Developer website at developer.apple.com. There’s a fee associated, however, so keep that in mind.

Step 3: Wait. Once Apple makes iOS 16 available for beta testing, you’ll need to sign into the Apple Developer website and download the associated profile and install it on your iPhone. From there, just update as you would any other release.

Please do keep in mind that this is an early beta and things will go wrong — we would always warn against installing iOS betas on a device that you rely on, especially your main iPhone.