iOS 15 / iPadOS 15 Safari Extensions: Here Are The Best Ones

Now that iOS 15 and iPadOS 15 are out we’re finally getting to take advantage of some of the apps that support its new features. While some of us have been running iOS 15 for months, apps supporting it haven’t been available in the App Store until yesterday.

With Safari now gaining support for proper extensions as of yesterday, there are some pretty great ones to take a look at. I’ve listed a few of my personal favorites below. 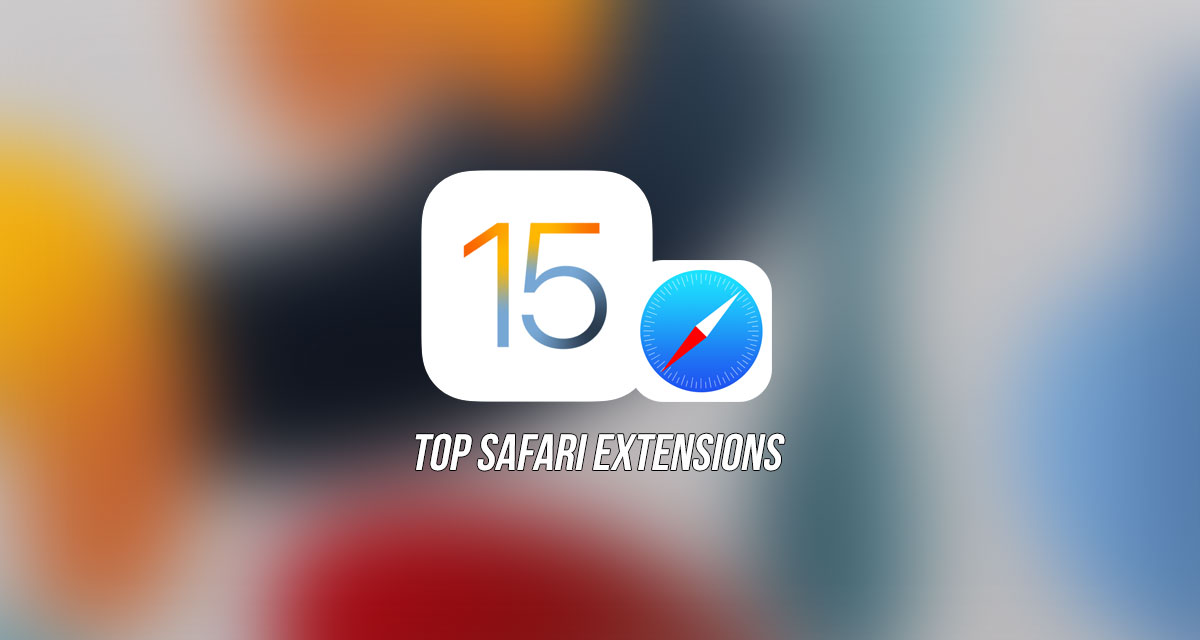 While 1Password has been able to fill passwords on iOS and iPadOS for years, this is the first time that 1Password X, or at least the same experience you’d expect from 1Password on a Mac, has been possible. This new extension means 1Password on Apple’s mobile platforms is better than ever — and it’ll automatically fill one-time passwords, too. 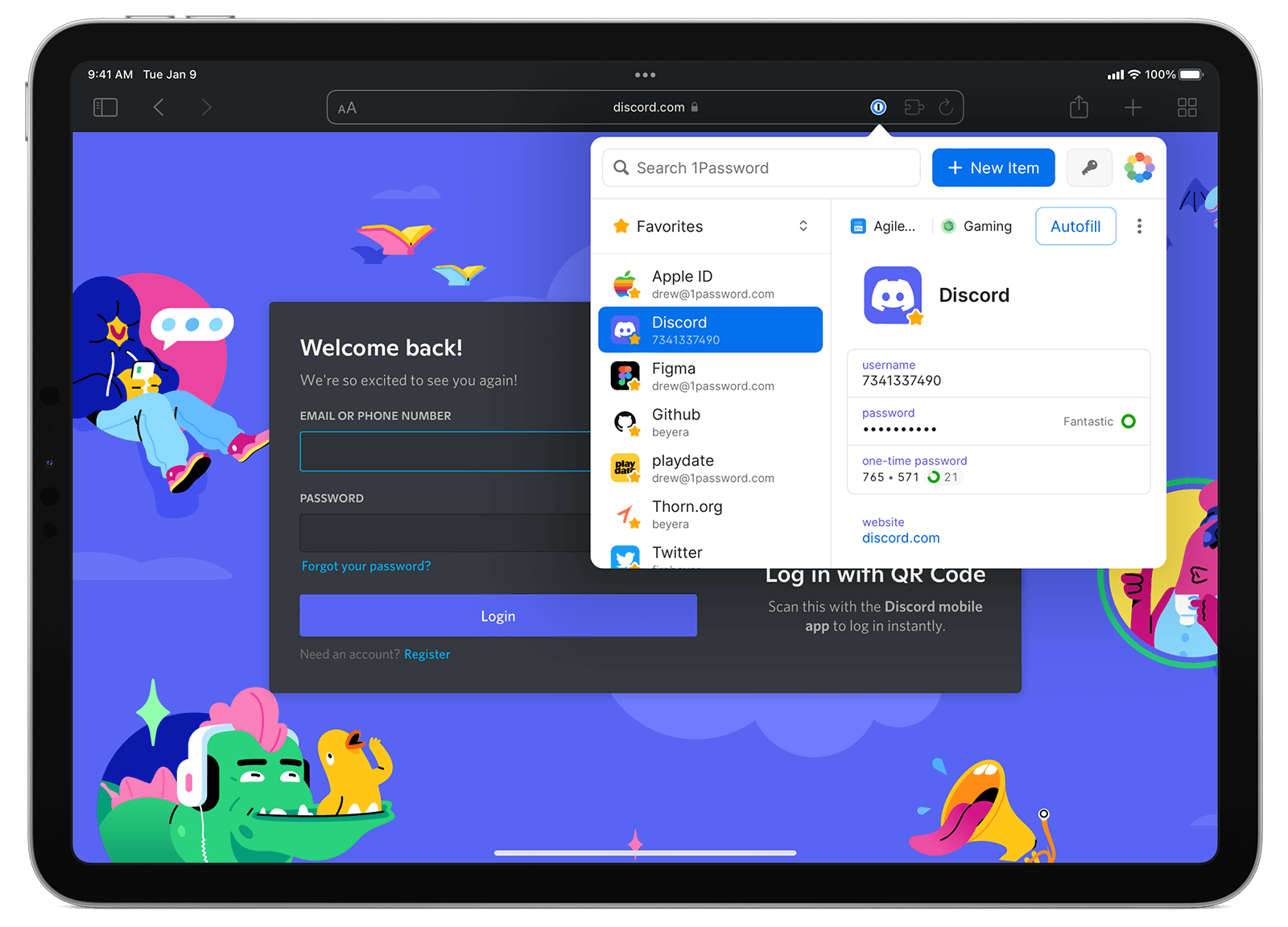 A great little app that does one thing and one thing only — it intercepts taps from Google searches that would normally take you to Google’s AMP pages instead of the real destination URL. Overamped skips AMP pages and takes you to the real thing instead. Invaluable. 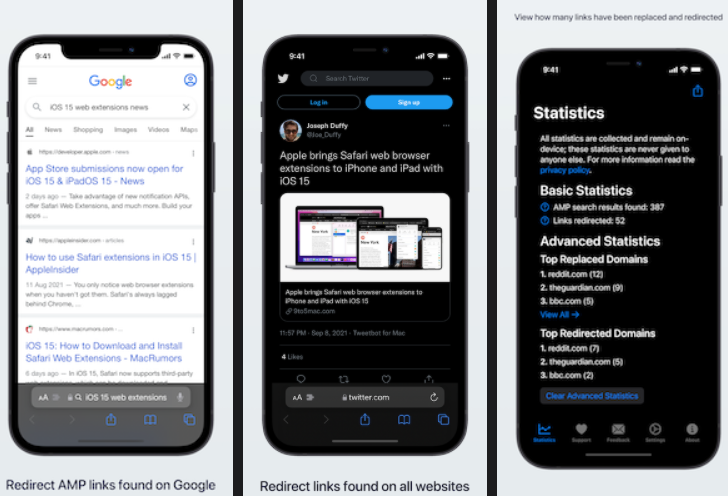 The popular ad and popup blocker now has a Safari extension that can be used to allow specific sites to punch through and receive ads, or turn off ad-blocking altogether. 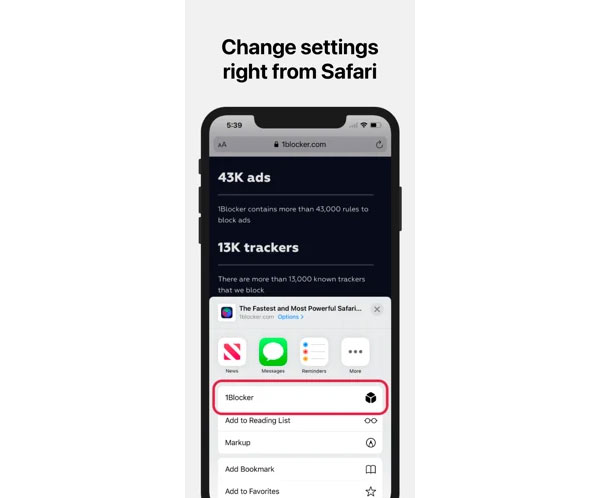 The excellent GoodLinks is my favorite read-later app, and now it has an improved link-saving experience thanks to its new extension. You can add tags, star articles, and more from the extension, too. 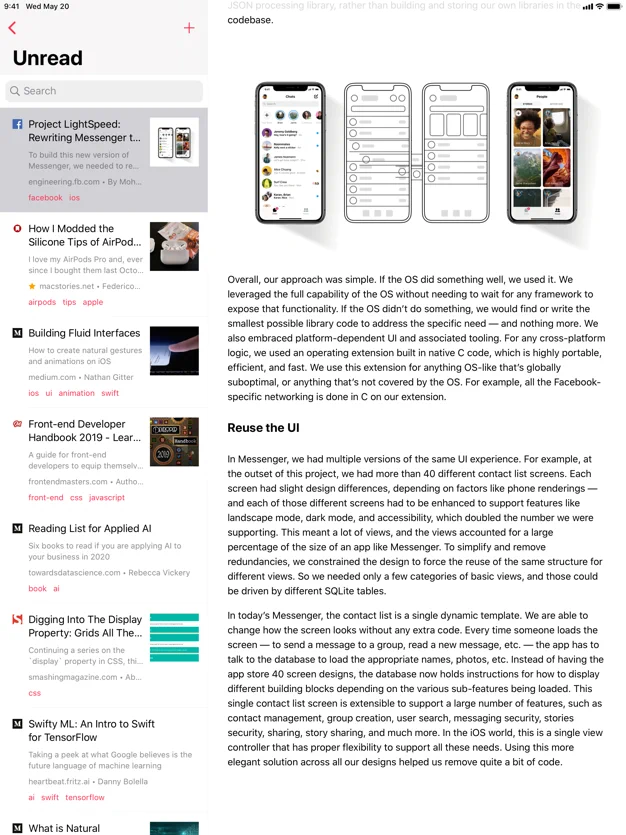 A simple extension, Noir takes websites that don’t have their own dark mode and gives them one. Pretty cool, right?

It’s still early days for Safari extensions, but I expect a ton more apps to be announced with support for them in the coming weeks and months. The initial signs are good that this could be a big change for the way we use Safari on iPhone and iPad.