Here’s how to fix iOS 15 “Estimating Time Remaining” stuck issue on your iPhone or iPod touch device the right way.

If you’re running the iOS 15 update and are struggling to get it to complete, there are a few things you can try. If you’re stuck with an iPhone that appears to be stuck updating with the time remaining figure simply never changing, read on. 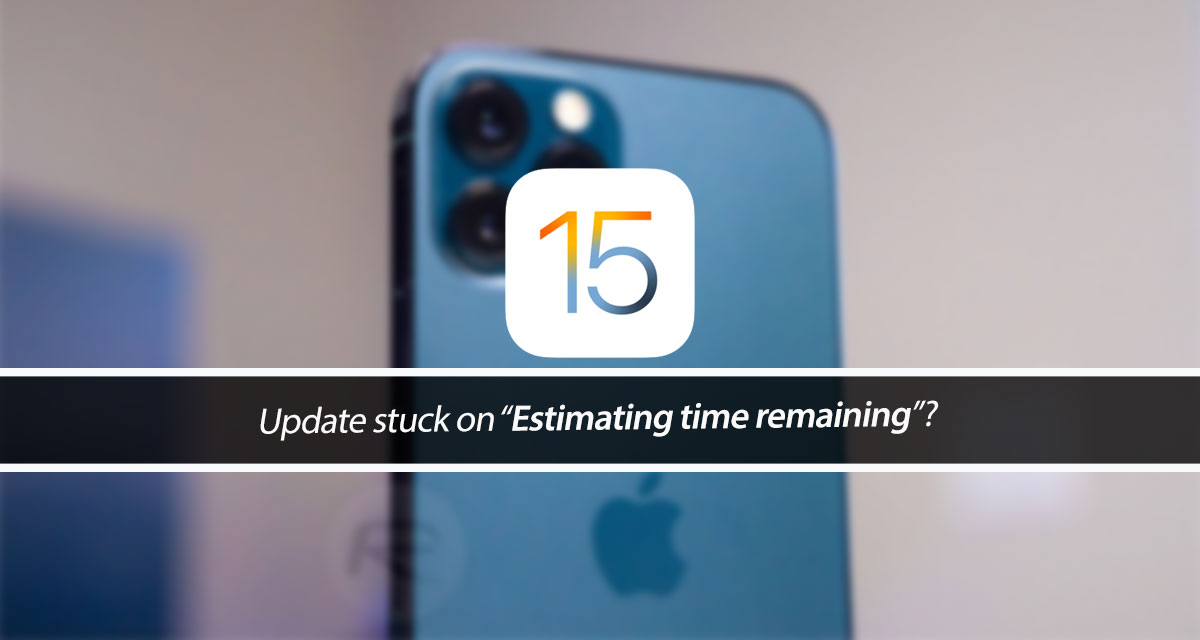 While most iOS 15 updates will run through just fine without any issues, some will find that their devices are stuck with the time remaining simply never changing. This is something that can happen if you’re trying to run the update soon after it was released, especially when Apple’s servers are busy.

Unfortunately, the only fix for this issue isn’t really a fix at all. All impacted users can do is cancel the update and re-try it at a later time, when Apple’s servers aren’t quite so busy.

On the positive side, history has shown that this specific issue doesn’t stick around for too long and rights itself when Apple’s servers are under less load.

If you’re having this issue right now, we suggest kicking back and doing something else for a while. Patience is a virtue, as they say.